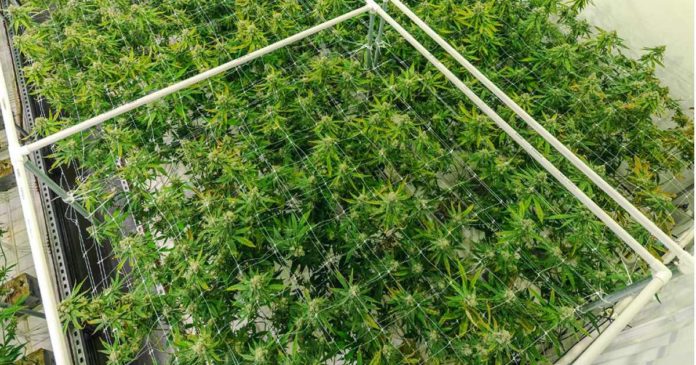 Founded by Calum Hughes, PhD, Allied Corp. delivers a variety of cannabis formulations and products for health and wellness. The company’s wholly owned subsidiary in Colombia is a licensed producer of cannabis for medical, research and industrial applications.

The firm kicked off export of dried cannabis from Colombia in June this year – a modest 272kg. That was followed by another shipment of  200kgs in July, then 1,728kgs in August (which went to Switzerland). The latest shipment was a whopping 3,425kgs, which also occurred in August.

“The logistics management that it took to get over 7500 pounds of cannabis approved for export and onto a plane was no easy feat,” said Mr. Hughes.

Mr. Hughes says the company has already shipped over one third of the volume that Canada’s entire cannabis sector exported in 2020.

“We are continuing to scale as each month passes particularly as we enter our high THC harvest within the month of September,” he said.

Among the stated advantages of having medicinal cannabis operations in Colombia, the firm lists:

And then there are the natural attributes:

“Colombia offers the most suitable environment to grow cannabis at scale, ensuring consistently high volume, excellent quality and efficient productivity,” says Allied. The company states it has registered a seed bank in excess of 3,000 indigenous seed varieties and 167 hybrids from around the world.

In addition to its Colombia operations, Allied has three CBD brands on the market in the United States. Allied also has a cultivation facility in Nevada, USA “with a purposeful vision to be ready for US legalization”.

The company says it also has cannabis products in the pharmaceutical development track seeking drug indications for depression, anxiety and PTSD.

Previous articleQueensland Greens Push For THC Driving Laws Change
Next articleMore Protections For California Medical Cannabis Patients
Terry Lassitenaz
Terry Lassitenaz writes exclusively for Hemp Gazette and has done so since the site launched in 2015. He has a special interest in the political arena relating to medical cannabis, particularly in Australia, and addressing the many myths surrounding this incredibly useful plant. You can contact Terry here.
RELATED ARTICLES
News