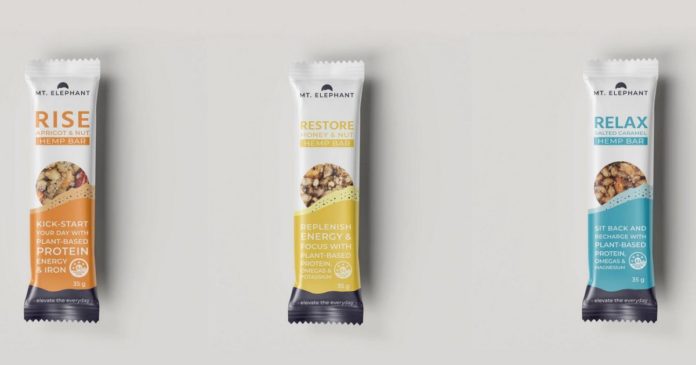 APH says Mt. Elephant hemp seed-and-nut bars will be available in more than 720 stores across Australia from late March next year.

“The arrangement with 7-Eleven shows the mainstream appeal of our convenient plant-based snack bars and is a significant step forward in APH’s commercialisation and distribution plans,” said APH’s Managing Director and Chief Executive Officer, Neale Joseph.

It’s not just a positive development for APH – it’s another vote of confidence for the Australian hemp foods industry generally.

It was only around 3 years ago that a hemp food ban still remained in place in Australia – and this country was the last in the world to lift a ban on hemp foods. Ministers supported a draft standard  allowing hempseed to be sold as a food in April 2017, but it wasn’t until November of that year changes to the Food Standards Code came into effect. But it didn’t take long for companies to launch a wide range of products for Australian consumers and today, shoppers are spoiled for choice; although much of that choice still needs to be located online.

Mr. Joseph said Mt. Elephant’s range has been developed to capture growing consumer demand for high-quality, plant-based ‘superfood’ products. APH and 7-Eleven expect annual sales volume between $1M – $1.4M from the arrangement. Based on current pricing available around the place for its bars (and not knowing what 7-Eleven will charge), this would work out to between 383,000 and 536,000 bars sold each year.

But unlike some foods that perhaps aren’t fit for the “superfood” title – hemp seed certainly is. It’s one of nature’s richest sources of plant-based protein and also a rich source of Omega -3, -6 and -9; among many other nutrients. However, the nutritional punch that hemp seed foods pack, like any other food, is affected by the variety of hemp, how it’s grown, where it’s grown and how it is processed; so consumers should compare products.

Previous articleAusCann To Acquire CannPal
Next articleAlthea Gains Germany Medical Cannabis Green Light
Terry Lassitenaz
Terry Lassitenaz writes exclusively for Hemp Gazette and has done so since the site launched in 2015. He has a special interest in the political arena relating to medical cannabis, particularly in Australia, and addressing the many myths surrounding this incredibly useful plant. You can contact Terry here.
RELATED ARTICLES
News