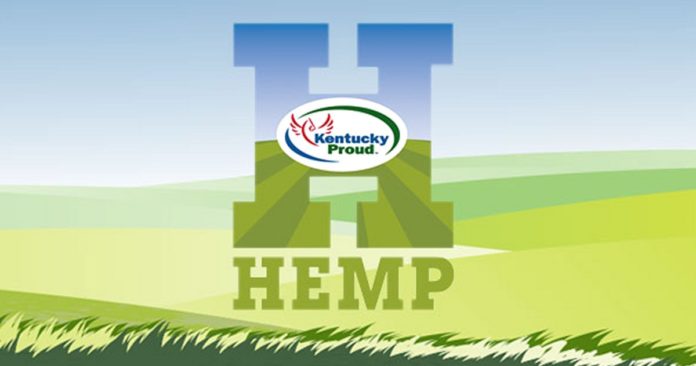 The Kentucky Department of Agriculture has licensed 960 hemp growers along with 150 hemp processors and handlers for the 2020 growing season so far.

The farmers will collectively grow up to 32,000 acres of hemp and the Department has also licensed 4.6 million square feet of greenhouse space for production.

However, not all the licensees will be growing this year – 157 have not requested growing sites, but intend to store hemp from last year’s harvest for sale this year. There may also be more processor licences yet to be issued – the Department is still waiting on completion of dozens of  related applications. Processors are a critical part of success in hemp operations and one of the reasons the USA had problems last year – there simply weren’t enough of them.

There are also other challenges.

“The nation’s hemp industry is reacting to a market which is evolving in the face of supply chain issues and the uncertain future of cannabidiol products after the Food and Drug Administration’s years-long struggle to provide a regulatory framework for nutraceutical or food products,” said Agriculture Commissioner Dr. Ryan Quarles . “We will continue to work with our Cabinet for Economic Development to draw new investment for every sector of the hemp economy, including fiber and grain, into our state.”

Commissioner Quarles, who has been very bullish on building a hemp industry in the state, advised participants to proceed with caution, “especially in the face of uncertainty from the FDA”.

Kentucky will still be operating its hemp program under provisions in the 2014 Farm Bill for this year. While it was the first state to submit a state hemp plan for review under the 2018 Farm Bill, which removed hemp from the federal controlled substances list, the plan didn’t pass muster with the USDA and is currently being reworked.

The number of licensed growers at this stage is significantly down on last year; particularly when you take into account some of those licensees won’t be growing. In January 2019, we reported 1,035 applications had been approved. However, there appears to be a marked uptick on approved processors for 2020; and that’s good news for farmers.

“My strategic objective,” Commissioner Quarles has previously stated “is to position the Commonwealth’s growers and processors to ultimately prevail as national leaders in industrial hemp production.”

2018 To Be A Breakout Year For U.S. Cannabidiol Sales