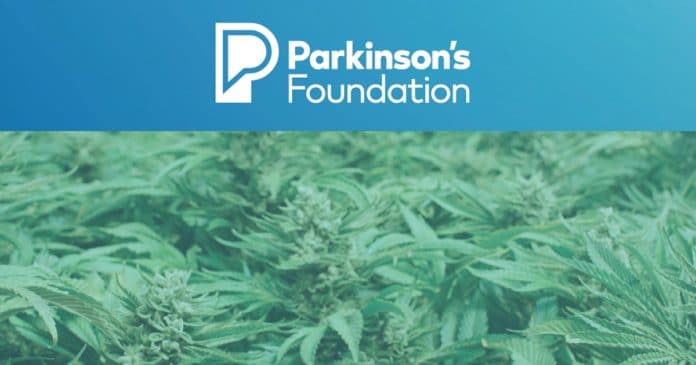 The USA’s Parkinson’s Foundation last week published a consensus statement concerning the use of medical cannabis by those with Parkinson’s disease (PD), urging caution.

Affecting 10 million people worldwide, Parkinson’s disease is the second-most common neurodegenerative disease after Alzheimer’s says the organisation. There is no cure for Parkinson’s, which is associated with a progressive loss of motor control such as shaking and other symptoms including depression and anxiety

In relation to the use of cannabis for managing the condition, the statement says there are (rather than “can be”) adverse effects, toxicity issues, and drug to drug interactions – and the impacts on those with Parkinson’s and taking related medications are unknown.

“Given the lack of any clear data supporting the use of cannabis in PD, the Foundation does not endorse their use for PD symptoms or to modify disease progression,” says the statement.

It notes there have been only four randomized trials of cannabinoids in patients with PD and claims these trials have uniformly failed to find evidence of benefit. However, the Foundation also acknowledges that PD patients are interested in cannabis for symptom management and is providing guidance.

“Ultimately, more research on medical cannabis is still needed to determine whether its use can have positive or adverse effects for Parkinson’s disease symptoms and the Foundation will continue to look for these answers while providing the PD community with the tools they need to live better today,” said Chief Scientific Officer of the Foundation, James Beck, PhD.

The document is based on the outcomes from the organisation’s first medical-marijuana focused conference that was held in March last year – so it has spent a significant amount of time pondering the information relayed at the event.

Regardless of the Foundation’s views, it seems a large proportion of PD patients in the USA have tried cannabis and just about all neurologists have PD patients asking to prescribe it. Back in 2017 we mentioned a survey carried out by the Foundation in partnership with Northwestern University that found physicians reporting 80 percent of their patients with Parkinson’s had used cannabis. And as that article indicates, the Foundation’s position on the use of cannabis hasn’t really changed since.

The Parkinson’s Foundation Consensus Statement on the Use of Medical Cannabis for Parkinson’s Disease can be downloaded here.

Previous article960 Hemp Growers Licensed For Kentucky’s 2020 Hemp Season
Next articleImpression Healthcare Kicks Off Cannabinoid Study
Gillian Jalimnson
Gillian Jalimnson is one of Hemp Gazette's staff writers and has been with us since we kicked off in 2015. Gillian sees massive potential for cannabis in areas of health, energy, building and personal care products and is intrigued by the potential for cannabidiol (CBD) as an alternative to conventional treatments. You can contact Gillian here.
RELATED ARTICLES
News