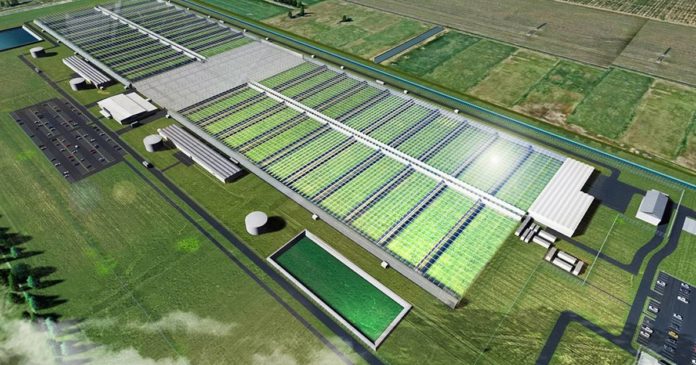 In the Australian state of Victoria, the Andrews Government has announced funding for a multi-million-dollar medical cannabis facility.

The support under the Regional Jobs Fund will be provided to Cannatrek’s project near Shepparton in the northeast of the state. The first phase involves a high-tech 1.5-hectare outdoor grow area, with the capacity to produce between 5 and 10 tonnes of dried premium-grade flower per annum.

It’s expected more than 70 local jobs will be created with this phase.

“This project will help put Greater Shepparton on the map as a medicinal cannabis producer, creating more jobs and boosting the region’s economy,” said Member for Northern Victoria Mark Gepp.

Ultimately, the facility could expand to a 16-hectare glasshouse with post-harvest facility, creating up to 400 local jobs upon completion.

“A strong partnership with the local community is essential to us, and we want to provide opportunities for meaningful employment,” stated Cannatrek CEO Tommy Huppert.

Cannatrek secured planning permission for the project in 2019, and it was granted Major Project Status by the Federal Government in 2020. While construction was to commence that year, so were a lot of other projects that the pandemic had other ideas for. Construction finally commenced this year and according to the company the outdoor grow facility is already close to completion; with the indoor grow and post-harvest facility under construction.

The facility will help reduce Cannatrek’s reliance on imported cannabis for its products.

The company says it is also committed using renewable and low-emission energy to power the facility where possible.

“Energy represents one of the highest costs of projects like this, so we are determined to have our project as much as possible behind the meter,” said Mr. Huppert.

“Behind the meter” refers to on-site electricity generation – but this aspiration appears to be something that will happen down the track.

Plants for the new facility will be sourced from Cannatrek’s perpetual harvest, research and development premises in Queensland that already produces medical treatments for more than 6,000 patients.

The Andrews Government says Cannatrek’s project aligns with its Medicinal Cannabis Industry Development Plan; an ambitious initiative with a goal of seeing the state supplying half of Australia’s medicinal cannabis by 2028.

Previous articleTGA Medical Cannabis Approvals Update
Next articleUS Air Reserve Base Reminds Personnel Of Hemp Ban
Gillian Jalimnson
Gillian Jalimnson is one of Hemp Gazette's staff writers and has been with us since we kicked off in 2015. Gillian sees massive potential for cannabis in areas of health, energy, building and personal care products and is intrigued by the potential for cannabidiol (CBD) as an alternative to conventional treatments. You can contact Gillian here.
RELATED ARTICLES
News