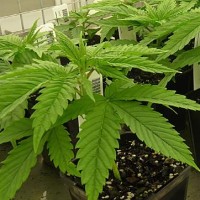 ” Planted in April, it’s been tested, sampled and will be ready to harvest in just two months’ time,” said Premier Andrews on his Facebook page.

“In 2017, we’ll make this life-saving treatment available to the sick kids who need it most.”

The plants look healthy and while comments have been generally supportive; there was no shortage of people who appear to have had some extensive experience cultivating cannabis offering the Premier some growing advice. 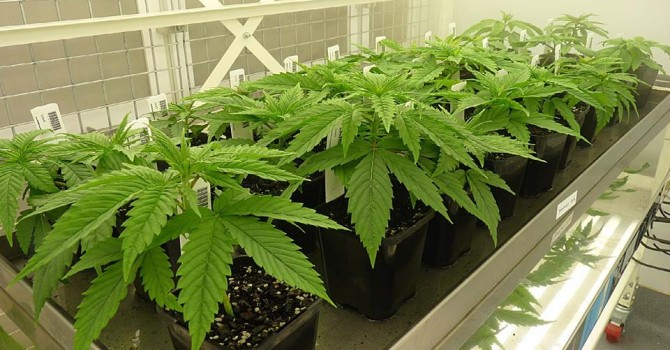 The pictured plants are part of a small scale cultivation trial for research purposes being carried out at a secret location. They won’t be used for any real-world medical applications; instead, they will be DNA tested after harvesting.

Last month, Victoria legalised access to medical cannabis in exceptional circumstances with the passing of the Access to Medicinal Cannabis Act 2015 in State Parliament on April 12.

The Bill provides for the medicinal use of products derived from cannabis, the lawful cultivation of cannabis for those products and the lawful manufacture of the same. It also will see Victoria’s Drugs Poisons and Controlled Substances Act 1981 amended appropriately to enable these activities.

Medical practitioners will be permitted to authorise eligible patients to use approved medicinal cannabis and pharmacists will be able to supply those products.

Victoria’s announcement in April had a significant knock-on effect, putting pressure on other states and the Australian Federal Government to accelerate their own efforts.

It wasn’t that long ago that most of the news in Australia relating to cannabis had to do with illegal activities surrounding it. That is rapidly changing as more Australians, businesses and governments become aware of the huge potential of industrial hemp and medical cannabis.

Cannabis is being seen in an entirely new light by many. The leafy-green gold rush has certainly begun in Australia, but unlike in some other countries it will be very heavily policed and regulated – perhaps more so than in any other country in the world heading down the same path.

Previous articleAlabama Permits Possession Of Cannabidiol
Next articleNSW Premier Heckled At Hemp And Medical Cannabis Expo
Gillian Jalimnson
Gillian Jalimnson is one of Hemp Gazette's staff writers and has been with us since we kicked off in 2015. Gillian sees massive potential for cannabis in areas of health, energy, building and personal care products and is intrigued by the potential for cannabidiol (CBD) as an alternative to conventional treatments. You can contact Gillian here.
RELATED ARTICLES
News