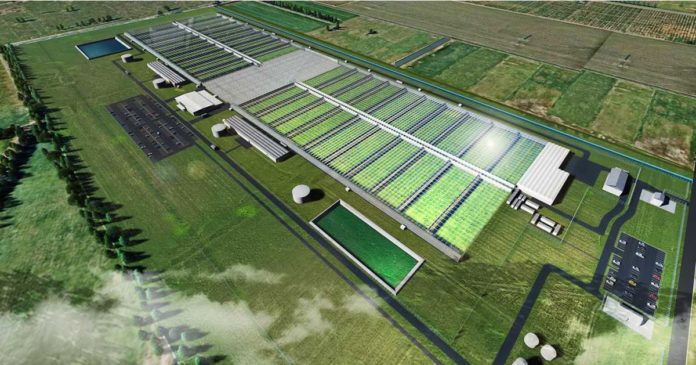 Australia’s Cannatrek has announced the firm has secured planning permission for what it says will be one of the world’s largest medical cannabis facilities.

The AUD $160 million project, given the green light by Victoria’s Greater Shepparton City Council, involves the construction of a 160,000m2 glasshouse; inside which 160 tonnes of medical cannabis could be grown annually. The facility is to be constructed on 178 acres of land previously purchased by Cannatrek.

Beyond cultivation, medicines will also be manufactured at the facility.

While the Australian legal medical cannabis market is still very small given the regulatory minefield doctors and patients must navigate, Cannatrek says it will also pursue multiple export markets.

“Our aim is to cultivate, process and manufacture affordable medicinal cannabis as a clean, green, therapeutic product of choice for hundreds of thousands of patients in Australia and overseas,” said Cannatrek CEO Tommy Huppert.

The facility will also generate a jobs bonanza for the local area, creating more than 400 positions and making Cannatrek a major employer in the Shepparton region.

Little has been said in recent times about Cannatrek’s partnership with Canada’s Canntrust, which found itself in a spot of bother recently. Canntrust is being investigated by Canadian government authorities for alleged regulatory violations including unlicensed cultivation and storage of cannabis products in unlicensed areas. CannTrust invested AUD $6.4 million in Cannatrek late last year as part of the partnership agreement, giving it what was at the time a 19.8% stake in the Australian firm.

While medical cannabis is already being produced in Victoria, medicines resulting from it are yet to be seen in the state; an issue that was recently raised in State Parliament. According to Minister for Health Jenny Mikakos, the holdup has been at the federal level (Therapeutic Goods Administration – TGA), which demands stringent testing – and that testing is still under way.

Victoria’s government awarded the first commercial permit for cultivation of medical cannabis in the state back in 2017 to Cann Group (ASX:CAN).