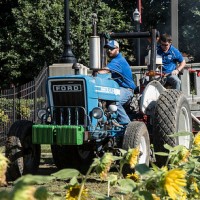 The industrial hemp will be grown to further the Center’s research in alternative fuels. It’s by no means a large project – the plot in which the plants are being grown is only 12 metres x 12 metres, but the University’s efforts are the first in Kentucky to research hemp’s fuel potential.

Hemp can be used to create biofuels such as biodiesel, but it appears the Center’s trial may also be looking at producing solid fuels. It mentions the woody core of the hemp plant (known as the hurds or shives) could be useful once compressed as a supplement to or replacement for fossil fuels. 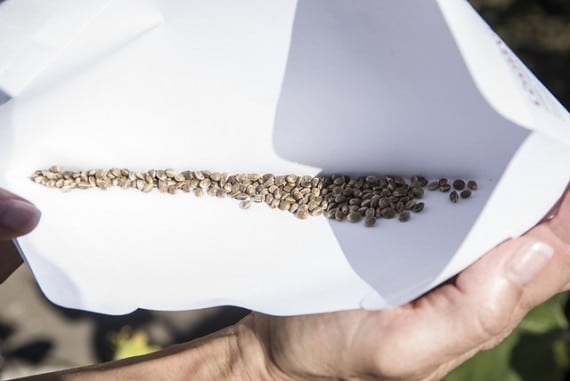 “Hemp is cleaner and cheaper to produce than coal, oil or other resources,” said Professor Mahendra Sunkara, who is director of the Conn Center. “It could solve many of the nation’s future energy needs while providing a new, lucrative cash crop for Kentucky’s farmers.”

The project serves another very important purpose – to educate the public on the uses for and benefits of industrial hemp.

“We want to eliminate the stigma that is attached to hemp,” said Andrew Marsh, the center’s assistant director. “When people learn the characteristics of the crop and understand its potential for economic development, we think they will become advocates for its production.”

Industrial hemp has a myriad uses, some claim tens of thousands of applications. It can even be used as a source of medicine. While industrial hemp is very low in the psychoactive compound tetrahydrocannibinol, strains are being developed that are high in cannabidiol (CBD), a non-intoxicating cannabinoid that is proving beneficial in treating a range of conditions, include some severe forms of epilepsy.

As a biofuel, or more accurately, biodiesel; industrial hemp has advantages over other crops. It has a competitively high yield and biodiesel from hemp seed oil generally exhibits superior fuel quality.

Biodiesel yield from hemp has been calculated (PDF) to be around 780 litres a hectare; higher than yield from rapeseed and soybeans oils but lower than that of palm oil. However, with palm oil comes significant environmental issues; mainly related to destruction of habitat.