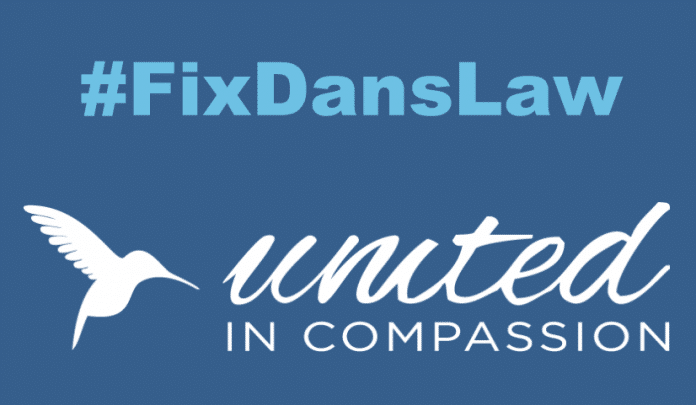 The Act was given its alternative name after the son of medical cannabis crusader Lucy Haslam, who we have mentioned a number of times here on HempGazette.

Dan Haslam also fought hard for medical cannabis access while undergoing treatment for cancer. Unfortunately, he passed away and Dan’s Law wasn’t enacted until exactly a year after his death. However, it was seen as a victory at the time, with hopes that other Australians wouldn’t face the same battle as Dan.

So has access to medical cannabis in Australia improved since 2016? Barely, says United In Compassion, a group co-founded by Ms. Haslam.

“In brief, rather than making things easier, the legislative changes of 2016 which were supposed to make cannabis and cannabis products available to sick Australians have barely improved matters at all,” says UIC.

While the Australian Government says three thousand prescriptions have now been approved, that doesn’t mean three thousand patients have legal access – for example, an approval can mean a script repeat. Even if it were three thousand patients, that’s a tiny amount compared to the number still finding it necessary to access medicinal cannabis via illicit channels – estimated at 100,000 – and it doesn’t have to be that way.

UIC states medicinal cannabis and other cannabis products have fallen into a state of permanent ‘regulatory limbo’.

“This situation cannot really be seen as anything but a catastrophic failure, yet the current Health Minister and officials from TGA are behaving and talking as though it were a runaway success,” says UIC.

Ms. Haslam has re-started a petition that originally attracted over a quarter of a million signatures and UIC is asking Australians to write to Opposition Leader Bill Shorten and the Shadow Health Minister, calling on them to publish Labor’s policy on medicinal cannabis before the next Federal Election.

In comments to the Northern Daily Leader, shadow health minister Catherine King said Labor was concerned the government has done little to ensure a consistent supply of regulated and affordable products.

Previous articleIndustrial Hemp Cultivation Applications Surge In Wisconsin
Next articleSouth Dakota Industrial Hemp Bill Passes Senate
Terry Lassitenaz
Terry Lassitenaz writes exclusively for Hemp Gazette and has done so since the site launched in 2015. He has a special interest in the political arena relating to medical cannabis, particularly in Australia, and addressing the many myths surrounding this incredibly useful plant. You can contact Terry here.
RELATED ARTICLES
News