HomeNewsTrump's Plans For Medical Marijuana - Who The Heck Knows?

Trump’s Plans For Medical Marijuana – Who The Heck Knows? 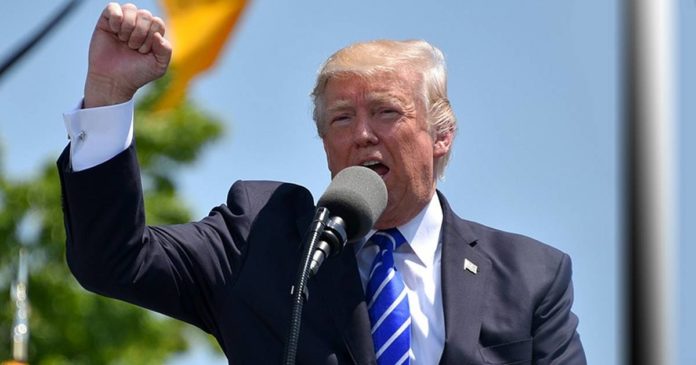 In a section headed “cancellations” in the 1,400+ page document, included is wording (page 226) saying none of the funds made available under the Act to the Department of Justice may be used, with respect to any of the States of (followed by a bunch of states) , to prevent any of them from implementing their own laws that authorize the use, distribution, possession, or cultivation of medical marijuana.

So, it would seem this protection that has been in place would be null and void.

Trump has always maintained he could override this provision anyway. When he signed  H.R. 1158, the “Consolidated Appropriations Act, 2020” into law in December last year, an accompanying note stated the provision would be treated consistent with the President’s constitutional responsibility to faithfully execute the laws of the United States.

And the laws of the USA say marijuana (not to be confused with hemp) is still illegal.

Last December’s comment wasn’t new – similar wording was used as far back as 2017.

While President Trump has never exercised this power to date in terms of medical marijuana, this latest development has created significant concern.

“Trump has been notoriously inconsistent with his view on the importance of states rights,” said NORML Digital Organizing Associate Olivia Snow-Smith. “By proposing an end to state medical marijuana protections and blocking DC from legalizing, he is potentially putting thousands of Americans at risk.”

As in other areas of his presidency, where Donald Trump has previously said he stands on the issue of medical marijuana and what he’s actually going to do could be two very different things. This may turn out to be nothing at all, the precursor to positive action – or very negative. Only time will tell.

However, Rep. Matt Gaetz (R-FL) was asked by Marijuana Moment on Twitter whether he’s concerned about the President’s proposal to eliminate the long-standing rider.

“No,” said Rep. Gaetz. “We have the votes to continue the current policy through the appropriations process.”

According to Hemp Industry Daily, other cannabis-related items in the proposed budget include a call for an additional $5 million next fiscal year for the FDA to regulate cannabis and derivatives, including CBD; along with more cash for the oversight of hemp farmers.

Previous articleHemp For Horses – Creso Pharma
Next articleUK Cannabidiol Crackdown
Terry Lassitenaz
Terry Lassitenaz writes exclusively for Hemp Gazette and has done so since the site launched in 2015. He has a special interest in the political arena relating to medical cannabis, particularly in Australia, and addressing the many myths surrounding this incredibly useful plant. You can contact Terry here.
RELATED ARTICLES
News