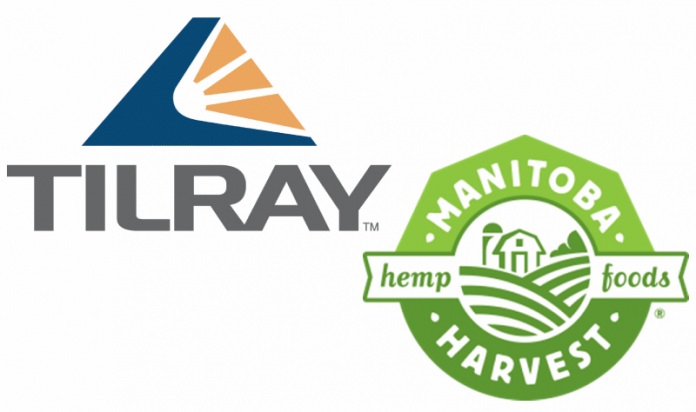 Canada-based cannabis company Tilray has announced it has entered into an agreement to acquire hemp foods giant Manitoba Harvest.

Manitoba Harvest is a fully integrated “seed to shelf” hemp company that has been around since 1998. Its hemp food products, including hemp hearts, protein powders and milks are sold in more 16,000 stores across the USA and Canada.

Tilray to this point has been focused on research, cultivation, production and distribution of cannabis and non-food cannabinoid products. It says it is currently serving tens of thousands of patients and consumers in twelve countries over five continents, including Australia.

Tilray’s operations in Australia and New Zealand are based in Sydney. The company has previously provided a cannabidiol-based oral solution for the treatment of a select group of children in Victoria with severe intractable epilepsy.

But back to the hemp deal – Tilray says  the acquisition of Manitoba Harvest will enable it to accelerate its expansion into the U.S. and Canadian markets with CBD products, where these products are legal.

“Tilray’s acquisition of Manitoba Harvest is a milestone for the cannabis industry,” said Brendan Kennedy, Tilray President and CEO. “We’re excited to work with Manitoba Harvest to develop and distribute a diverse portfolio of branded hemp-derived CBD food and wellness products in the U.S. and Canada.”

This is the second announcement from Tilray regarding acquisitions in the past week. Earlier this week Tilray said it is had finalised acquisition of the outstanding shares and securities of Natura Naturals Holdings Inc., which is the parent company of a licensed cannabis cultivator in Canada. Natura will be an additional cultivation facility to serve the medical and adult-use market in Canada.

Previous articleWisconsin Governors Seeks To Expand Medical Cannabis Access
Next articleSouth Australian Hemp Growers Hit By Theft
Gillian Jalimnson
Gillian Jalimnson is one of Hemp Gazette's staff writers and has been with us since we kicked off in 2015. Gillian sees massive potential for cannabis in areas of health, energy, building and personal care products and is intrigued by the potential for cannabidiol (CBD) as an alternative to conventional treatments. You can contact Gillian here.
RELATED ARTICLES
News