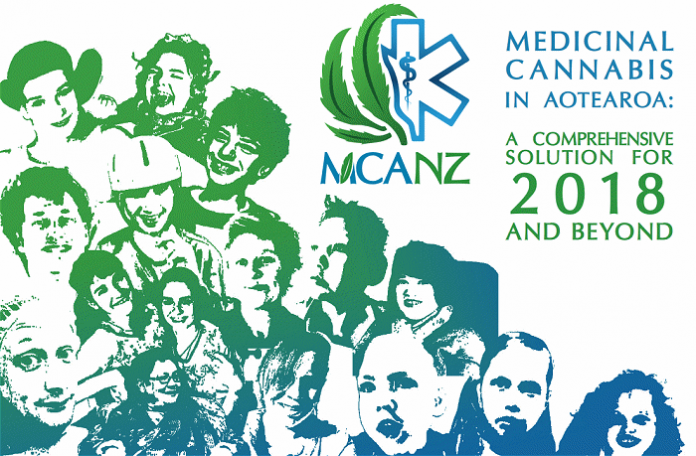 The legislation passed its first reading in late January, while a second and more permissive piece of legislation heard missed the boat.

MCANZ’s  policy includes a compromise on patients growing their own marijuana, whereby they would be permitted to do so in ‘limited circumstances’ and when properly licensed by the country’s Ministry of Health.

It would also see much stronger decriminalisation for medical use, reductions in prescription barriers and the exclusion of vaporisers from the definition of drug paraphernalia.

“New Zealanders want fair laws around medical cannabis but much of the policy being debated in the house is misinformed or incomplete,” said MCANZ coordinator Shane Le Brun.

“That’s why we’ve taken it upon ourselves to write this country’s most comprehensive medical cannabis policy document ever, and present it MPs across all parties to make their job as easy as possible. Our policy is good to plug-and-play.”

According to the policy document, approximately 70 people have legal access at any one time in New Zealand to cannabis medicines, due to the crippling costs.

Tax revenues generated by licensed producers could be quarantined for a fund to help subsidise medicines for those who need financial support.

“Compassionate suppliers,” i.e. those not seeking profit would also be permitted and supported under the policy.

As for following Australia on medical cannabis, MCANZ warns:

“The Australian system is flawed, with significant issues including delays to access caused by over-regulation”.

It’s hard to argue with that. As we mentioned yesterday, it appears there are only around 500 Australians are able to access cannabis medicines nationally; even though legislation was passed nearly 2 years ago. In terms of patient numbers, it works out Australia isn’t much ahead of the Kiwis, taking into account population differences.

The MCANZ policy document can be viewed here (PDF).

Previous articleNSW Government Accused Of Medicinal Cannabis Access Delays
Next articleIsrael Delays Medical Cannabis Exports – But Why?
Terry Lassitenaz
Terry Lassitenaz writes exclusively for Hemp Gazette and has done so since the site launched in 2015. He has a special interest in the political arena relating to medical cannabis, particularly in Australia, and addressing the many myths surrounding this incredibly useful plant. You can contact Terry here.
RELATED ARTICLES
News