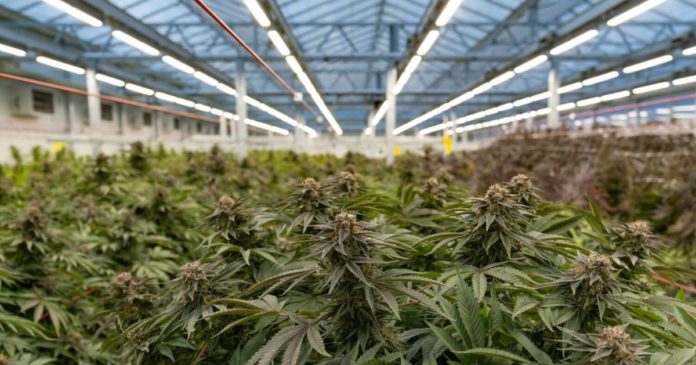 The first cannabis company to list on New Zealand’s stock exchange has signed a significant agreement with a German pharmaceutical firm.

To run over three years, WEECO will be supplied flower from Cannasouth’s cannabis cultivation and processing facility in Waikato, which was fully commissioned at the end of last year. The facility is situated on a 45 hectare site and is comprised of two sealed hybrid greenhouses and a GMP processing facility. Cannasouth has previously indicated a phased expansion strategy will allow up to 8 identical greenhouses to be constructed at its Waikato site.

The total value of the agreement could be worth between NZ$12 million and NZ$15 million in the second and third years. As to the potential volumes involved, Cannasouth says  minimum volume to be purchased is “commercially sensitive, and cannot be disclosed at this point in time”.

“Our agreement with WEECO means Cannasouth can now confidently move forward with our growing programme and begin the next phase of our cultivar on-boarding and development.”

During the term of this agreement,  Cannasouth will be the exclusive New Zealand supplier of flower to WEECO – except in situations where the company is unable to supply flower to meet particular specifications or requirements requested. Cannasouth and WEECO will also work together to develop cannabis cultivars to best suit the needs of the market in Europe.

While export activities have been part of Cannasouth’s strategy, the company says it will keep sufficient flower in reserve to supply the local New Zealand market. In May this year, Cannasouth’s first products received the green light from New Zealand’s Medical Cannabis Agency. This was no mean feat given NZ’s incredibly strict quality guidelines.

Australian and New Zealand cannabis appears to be pretty popular in Germany and more broadly across Europe. In other recent related news, last week Australia’s Little Green Pharma revealed it had racked up another medical cannabis supply agreement with a company in Germany.

Previous articleMedipharm Labs Sells Off Australian Arm
Next articleAustralian Medical Cannabis Company Goes Into Administration
Gillian Jalimnson
Gillian Jalimnson is one of Hemp Gazette's staff writers and has been with us since we kicked off in 2015. Gillian sees massive potential for cannabis in areas of health, energy, building and personal care products and is intrigued by the potential for cannabidiol (CBD) as an alternative to conventional treatments. You can contact Gillian here.
RELATED ARTICLES
News