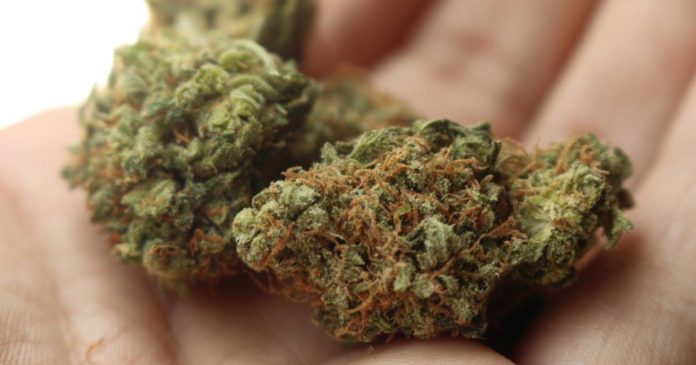 If recreational marijuana is legalised in North Dakota, there are fears it could slash the number of patients registered in the state’s medical marijuana program.

Back in November 2016, voters in the state approved the “North Dakota Compassionate Care Act,” and in 2017, a new state law came into effect requiring the North Dakota Department of Health (NDDoH) to establish and implement a medical marijuana program.

Patients and designated caregivers with a valid ID card can generally purchase up to 2.5 ounces of dried leaves and flowers, and up to 4000 mg THC total of other products within a 30 day period.

There is a push to fully legalise marijuana in North Dakota, and should that happen; these limits may not be in place for recreational use. And that could be a significant problem according to Medical Marijuana Division Director Jason Wahl. The Dakotan reports the recreational market could see the number of people who are registered to use marijuana medicinally plummet by at least 80%.

These concerns are well-founded based on the experience of other states that kicked off with a medical cannabis program and then fully legalised marijuana.

In Colorado, Denver7 reported early this month medical marijuana sales in that state dropped 44% in June 2022 compared to June 2021. This scenario has also been seen in other states. Another example is Oregon, where the medical marijuana market nose-dived after the state legalized cannabis for recreational use in 2014.

Why is this a problem? Medical cannabis is usually held to higher quality standards than products for the recreational market; meaning patients can fine-tune their medications. As the bar is (generally) lower for recreational products, quality control is a concern. Manufacturers can be tempted to ditch their medical lines to focus on adult-use, leaving patients without the medication they’ve found best suits them.

The issue of legalizing recreational marijuana in North Dakota will go to public vote in November this year.

Previous articleTroy University Teams Up On Hemp Bioplastics Research
Next articleStudy Points To Potential Benefits Of CBD For Menopausal Women
Terry Lassitenaz
Terry Lassitenaz writes exclusively for Hemp Gazette and has done so since the site launched in 2015. He has a special interest in the political arena relating to medical cannabis, particularly in Australia, and addressing the many myths surrounding this incredibly useful plant. You can contact Terry here.
RELATED ARTICLES
News