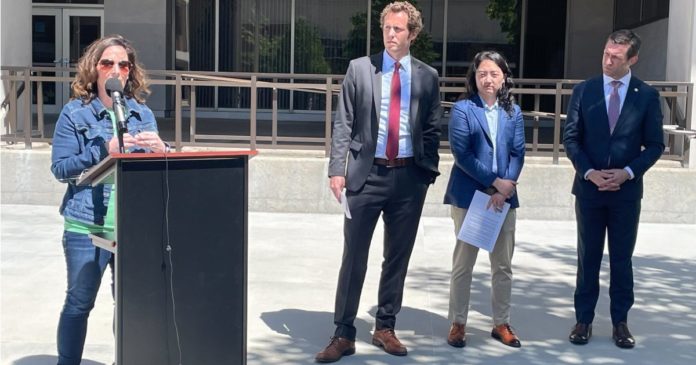 Nebraskans for Medical Marijuana (NMM) and the ACLU have teamed up to file a lawsuit the organisations say would end a requirement violating Nebraskan voter rights.

NMM is in the midst of a petition drive to get medical cannabis access on Nebraska’s 2022 ballot after an attempt in 2020 was quashed due to a technicality. Petition drives are very pricey and NMM has chosen to take a grassroots approach after its major donor suddenly passed away.

Nebraska state law requires petitioners to obtain valid signatures from at least 5% of registered voters in 38 counties to place the issue on the November ballot. To get to all those potential signatures is a huge task, hence the need for significant funding.  While NMM has made good headway with 50,000 signatures of the 87,000 needed to qualify collected so far, it has only reached the 5% threshold in four of the required 38 counties. And time is running out.

The issue goes beyond medical marijuana access and to the heart of petitioning in the state.

ACLU (American Civil Liberties Union) and NMM are also requesting a court order to preliminarily suspend the petition requirement before July 7, which is the deadline for petitioners to submit collected signatures.

“Nebraskans have a right to an unencumbered petition process,” stated Daniel Gutman, a contract attorney for the ACLU of Nebraska. “This case is about not just our clients, but all Nebraskans who remain Nebraska’s second legislative house.”

Secretary of State Bob Evnen has been named as the defendant in the suit, which has been turned over to the Nebraska Attorney General to defend. A press release from Secretary of State Evnen’s office notes NMM’s medical marijuana initiative successfully met the signature requirement in 2020, and while approved for the ballot by Secretary Evnen,  his decision was reversed by the Nebraska Supreme Court.

If NMM can get its initiative on the November 2022 ballot, it has a very good chance of being successful as there is very strong voter support in the state.