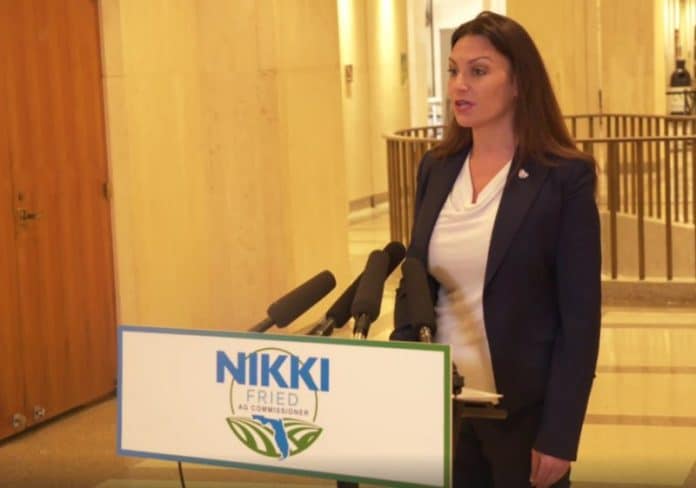 Financial services giant Wells Fargo has reportedly terminated its banking relationship with a political candidate from Florida due to her medical cannabis advocacy and connections.

Democrat Nikki Fried filed to run for Florida Commissioner of Agriculture and Consumer Services in early June and opened a campaign account with Wells Fargo soon after. Ms Fried says that last month a representative of the bank asked if the campaign would receive any funds from medical marijuana industry lobbyists.

Ms. Fried’s campaign office replied, also pointing out that she had been a lobbyist for the medical cannabis industry prior to her candidacy for office.

Early this month, Wells Fargo notified the campaign’s compliance manager  that the bank was terminating its relationship with Fried because of her relationship with the medical marijuana industry, stating that it needed to “oversee and manage banking risks.”

Because of federal laws relating to cannabis that see it listed as a Schedule I drug, many banks are jittery about having exposure to the industry – directly and indirectly. It has led to a situation where many U.S. cannabusinesses have had to install vaults and employ armed guards to protect their takings.

Ms. Fried’s office has called her situation an “arbitrary, unprecedented action against the fundamental rights to speech of a candidate for public office”. In a passionate speech regarding the situation, Ms. Fried lashed out at Wells Fargo and the current status of financial services for the medical marijuana sector.

“Access to basic financial stability is virtually impossible to these legal businesses because outdated federal laws allow for this sort of discrimination,” stated Ms. Fried. “Politicians refuse to act and big banks like Wells Fargo do everything they can to block progress.”

Ms. Fried is looking into potential legal recourse concerning her situation and has also floated the idea of the state of Florida opening up its own bank for the industry.

In some parts of the U.S., local banks have been urged by state governments to support the sector. Last month we reported New York’s Department of Financial Services advised the state’s chartered institutions it will not impose any regulatory action on any state-chartered bank or credit union for establishing relationships; assuming that businesses are operating within state law.

Previous articleDEA Proposes Beefed Up Marijuana Quota For 2019
Next article2018 To Be A Breakout Year For U.S. Cannabidiol Sales
Gillian Jalimnson
Gillian Jalimnson is one of Hemp Gazette's staff writers and has been with us since we kicked off in 2015. Gillian sees massive potential for cannabis in areas of health, energy, building and personal care products and is intrigued by the potential for cannabidiol (CBD) as an alternative to conventional treatments. You can contact Gillian here.
RELATED ARTICLES
News