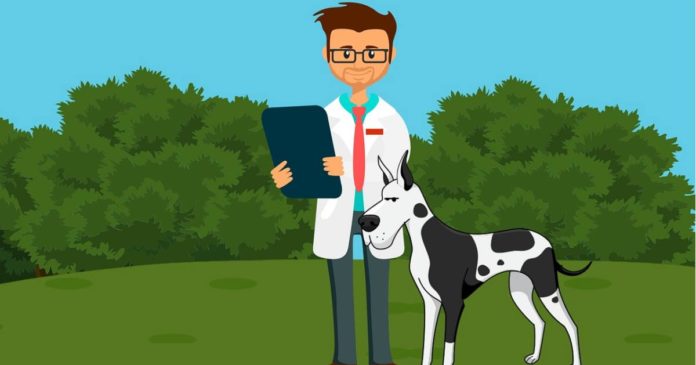 In just a few weeks, licenced veterinarians in the US state of Nevada will be able to recommend and administer hemp and cannabidiol (CBD) products for the treatment of animals.

While CBD pet products are widely available in the USA, in many states veterinarians are not permitted to administer them or even discuss cannabidiol with pet owners. In other states laws are unclear, which makes vets nervous about the potential for prosecution or other action.

But back in May this year, Nevada Governor Steve Sisolak signed Assembly Bill 101 into law, which permits veterinarians in that state to administer products containing hemp or CBD with not more than 0.3 percent THC. Aside from the legal side of things, animals such as dogs and cats are particularly sensitive to THC and too much can cause health problems.

From the beginning of next month – when the Act comes into effect – veterinarians will also be able to freely discuss such products with pet owners and the Nevada State Board of Veterinary Medical Examiners is prohibited against taking action against a licensed veterinarian, or the facility in which he/she operates, for such activities.

It not as though the NVMA was opposed to CBD. It helped write AB 101, which the Nevada Veterinary Medical Association also supported. Before the Bill hit the Governor’s desk, it faced zero opposition – not a single “no” vote.

While there is a green light for vet-prescribed CBD for pets in Nevada – that’s where pet owners should be heading for information. As mentioned, there are many products available in pet stores and online, but it’s important to note none of the products are approved by the FDA. This raises concerns about issues such as quality, potential contamination and synthetic cannabinoids.

The American Veterinary Medical Association has published an article on what’s happening in Nevada that provides good advice for pet owners considering using CBD. In short – talk to your pet’s vet first.

“I certainly hope that other states follow Nevada’s lead and provide reassurances to licensed veterinarians that they can administer CBD or talk about it with patients without fear of facing disciplinary proceedings,” he said. ” The bill itself is fairly simple and, thus, is a good model for other states.”

Learn more about pets and cannabidiol.

Previous article“Weak Recommendation” For Medical Cannabis For Chronic Pain
Next articleAustralian Council Considering Cultivating Medical Cannabis
Gillian Jalimnson
Gillian Jalimnson is one of Hemp Gazette's staff writers and has been with us since we kicked off in 2015. Gillian sees massive potential for cannabis in areas of health, energy, building and personal care products and is intrigued by the potential for cannabidiol (CBD) as an alternative to conventional treatments. You can contact Gillian here.
RELATED ARTICLES
News