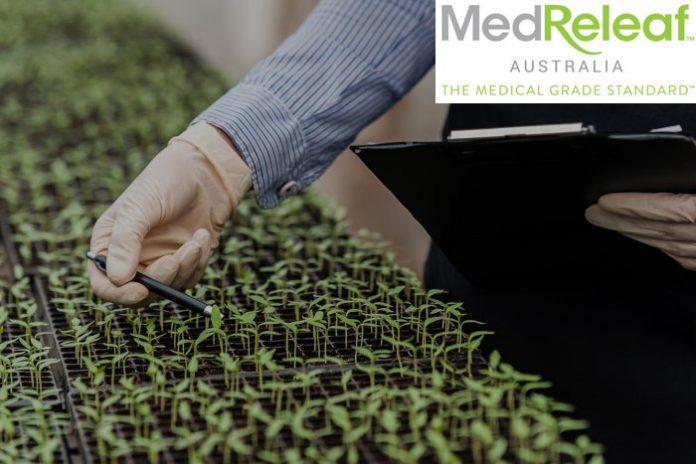 It seems there was (yet another) entrant to Australia’s medical cannabis market we should have mentioned yesterday – also with strong Canadian ties.

MedReleaf Australia officially commenced operations on February 1 after securing cultivation, production and import licences from the Australian Federal Government’s Office of Drug Control (ODC). A licence for manufacturing is currently being assessed.

The company is a joint venture with Canada’s MedReleaf Corp, which states it is the first and only ISO 9001 certified cannabis producer in North America.

“Australia is an attractive market with a population about two-thirds the size of Canada that focuses on medicinal applications,” said Medleaf Corp CEO, Mr Neil Closner. “Providing our expertise to local partners allows us to participate in a greater number of international markets in a capital efficient way.”

There’s not only a significant different in population between the two countries though. By the end of September last year, there were 235,621* active client registrations with licensed producers in Canada. In Australia, the number can’t even be measured in thousands due to far stricter access rules at this point in time. While we don’t have current figures, by May last year just 130 people in Australia had ever been given approved access to medicinal cannabis products.

As we mentioned yesterday in an article on Cronos Australia entering the Aussie market, something that may prevent a glut of products in Australia was a recent decision by the Australian Government to allow exports.

While constructing its own manufacturing facility in South-East Queensland, MedReleaf Australia will supply products imported from Canada. The company anticipates once its own facilities are operational,  it will be able to cultivate and manufacture more than 20 tonnes of medicinal cannabis per annum. An initial 8,000m2 facility will be built during 2018, with view to expanding this to 23,000m2 (under roof) in the years to follow.

MedReleaf Australia will also offer an education program to local general practitioners, specialists and pharmacists to fully inform health professional about its cannabis medicine products, and plans to sponsor Universities in Queensland and South Australia to perform a series of randomised controlled trials.

* some Canadian patients may be registered with more than one producer.