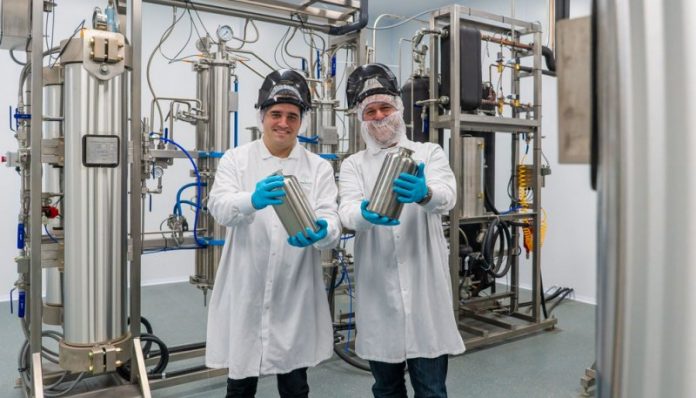 Canada’s MediPharm Labs Inc. has been granted approval from Health Canada to boost its annual dried cannabis production capacity by 50%.

This will enable it to move from processing up to 100,000KG of dried cannabis over three extraction lines to up to 150,000KG over five. With the company’s two new extraction lines now in place, it says its extraction clean room could produce up to 6.5 tonnes of cannabis resin annually.

Medipharm has set its sights well beyond the 150,000KG. Under Phase 2 of its expansion plans, which is expected to be completed in the second quarter of next year, it aims to see its annual production extraction capacity increase beyond 250,000KG of dried cannabis.

“2019 will be a year focused on extraction in the cannabis industry and we are positioned to service the demand for active ingredient needed to produce beverages, edibles, vapables and topicals, all of which represent the fastest growing segments in the cannabis market,” said  President and CEO Pat McCutcheon.

The company is based in Canada, but also has a subsidiary in Australia. MediPharm Labs Australia Pty. Ltd. is currently waiting on the green light from the Office of Drug Control to commence extraction operations and is building a facility near Wonthaggi in Victoria.

In Canada, the company received its cannabis oil production license in March and sales licence in November of this year. A November press release stated the company had completed the purification and production of more than 180kg of cannabis extract at that point.

According to Health Canada, there are currently 134 licensed cultivators, processors and sellers in the country. With cannabis legalised for adult use in October, there’s certainly no shortage of demand and a supply crunch is expected to continue well into next year.

In September this year, 1,755 kilograms of dried medicinal cannabis and 4,455 kilograms of medical cannabis oil was sold in Canada to registered patients. The stats for post-September, including adult-use, will be very interesting.