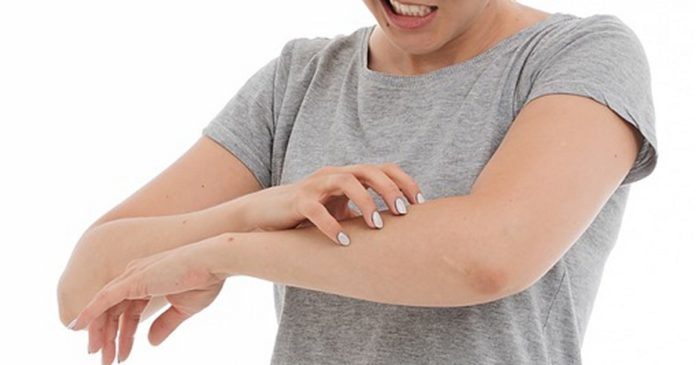 An interesting case study out of John Hopkins suggests medical marijuana may provide rapid relief from chronic itching for some.

An itch can be annoying, but usually relieved with a quick scratch. Some people aren’t so lucky. While the term “pruritus” just means itching, chronic pruritus  is a condition where itching lasts for more than 6 weeks. It can have any of a number of causes and is often treated with various topical and systemic therapies – including steroids.

But sometimes these don’t work, leaving patients in an incredibly uncomfortable condition that has a major impact on the quality of their lives.

A recent case study by Johns Hopkins Medicine researchers provides some evidence to suggest medical marijuana may provide rapid relief for some patients.

Shawn Kwatra, M.D., assistant professor of dermatology at the Johns Hopkins University School of Medicine and his colleagues examined a woman with chronic pruritus, who had the condition for a decade. Various conventional treatments were then administered, but provided no relief.

But the use of marijuana either by smoking or in liquid form gave the woman very quick relief – in just 10 minutes after administration. It should be noted this did not provide a cure – the treatment has required ongoing use. Also important is this was just one person.

The researchers believe the cannabinoid tetrahydrocannabinol (THC) may be responsible for the relief, but this requires further research.

“Controlled studies are needed to determine dosing, efficacy and safety for medical marijuana in the treatment of various human itch subtypes, and once those are performed, we will better understand which patients are most likely to benefit from this therapy,” said Ass. Prof. Kwatra.

A report on the team’s findings was published last month in JAMA Dermatology.

This isn’t the first time a connection has been made between THC and its potential positive impacts on chronic pruritus. Back in 2017, University of Colorado Anschutz Medical Campus researchers concluded tetrahydrocannabinol may be useful in treating the condition, and when used in a cream it doesn’t have a marked intoxicating effect.

Previous articleUK Medical Cannabis Registry – First Study Results
Next articleQUT To Research Medical Cannabis For Kids With Advanced Cancer
Gillian Jalimnson
Gillian Jalimnson is one of Hemp Gazette's staff writers and has been with us since we kicked off in 2015. Gillian sees massive potential for cannabis in areas of health, energy, building and personal care products and is intrigued by the potential for cannabidiol (CBD) as an alternative to conventional treatments. You can contact Gillian here.
RELATED ARTICLES
News