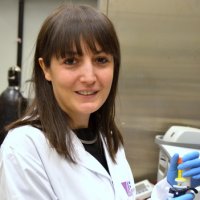 Anecdotal evidence suggests cannabis could be useful in treating or perhaps even curing Post Traumatic Stress Disorder (PTSD). A University Of Calgary research project intends to find out if this is the case.

Post-traumatic stress disorder is a form of anxiety disorder with its origin in a traumatic event or sequence of events. Some of the more common symptoms are flashbacks, hypervigilance, avoidance or emotional numbness; which can lead on to isolation, depression, drug addiction, violent outbursts or suicide.

PTSD episodes usually have a trigger – something that reminds the person of the original trauma.

According to Beyond Blue, Around 12 per cent of Australians will experience PTSD in their lifetime.

Endocannabinoids are similar in chemical structure to cannabinoids and are associated with important functions including appetite, memory, pain control and stress response.

According to Veterans for Medical Cannabis Access, Dr. Mechoulam found animals administered an electric shock after a certain noise will  forget about the shock after the noise is unaccompanied by the zap for a few days. However, mice without endocannabinoid systems never forget and react adversely to the noise indefinitely.

And there’s the link and the hope – that cannabinoids in marijuana may be useful in treating or even curing PTSD.

Many veterans are self-medicating, which is leading to what the U.S. Government claims is an increase in cannabis use disorder.

“Everything in moderation” as the old saying goes – so more research needs to be done regarding the effectiveness of cannabis in treating PTSD, the cannabinoids that are most beneficial and the proper dosages.

That solution may involve medical cannabis. Ms. Morena and her supervisor Matthew Hill, PhD will attempt to determine if there is any scientific basis to support claims that marijuana can help PTSD sufferers and to lay the foundations of developing a drug based on the identified beneficial compound or compounds.