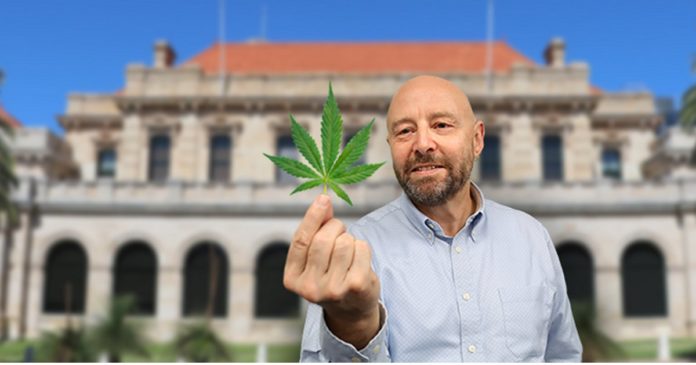 While medical cannabis was legalised in Australia back in 2016, barriers to access remain – among them, cost.

The PBS is an Australian Government program that benefits Australians by subsidising medicines to make them more affordable. No cannabis medicines are currently listed on the PBS

According to Legalise Cannabis, a study released in April 2022 estimated  average cost for a legal medicinal cannabis patient in Australia is $384 per month, or $12.60 daily. The third Cannabis as Medicine Survey (CAMS20) survey report released last month found weekly spend on prescribed cannabis between September 2020 and January 2021 to average $79.20; so around  $350 a month.

As well as Legalise Cannabis WA’s leader, Dr. Walker is also a practicing GP. He says he sees patients each day who would benefit from medical cannabis but simply can’t afford prescription medicines.

“At a time when prices are skyrocketing, we need the government to step up and ensure that ordinary Australians have access to the medicines they need to live a pain-free and fulfilling life”, said Dr. Walker.

The party has launched a parliamentary petition asking the House to expedite the listing of TGA-approved cannabis products on the PBS as a matter of urgency. At the time of writing, 393 had signed the petition. Legalise Cannabis also has a feature on its website whereby an  email can be sent to elected representatives requesting the same.

“Governments across Australia, both at a federal and a state level will tell you that medicinal cannabis is legal, but if it isn’t affordable, and therefore readily available to patients who need it, then what good does that platitude do?” said Dr. Walker.

More than half a million voters selected Legalise Cannabis as their first preference this year’s federal election according to the party.

Previous articleProtests Ahead Of Idaho Pet Hemp And CBD Ban
Next articleCalifornia Governor Signs Swag Of Cannabis Bills
Steven Gothrinet
Steven Gothrinet has been part of the Hemp Gazette in-house reporting team since 2015. Steven's broad interest in cannabis was initially fueled by the realisation of industrial hemp's versatility across multiple sectors. You can contact Steve here.
RELATED ARTICLES
News