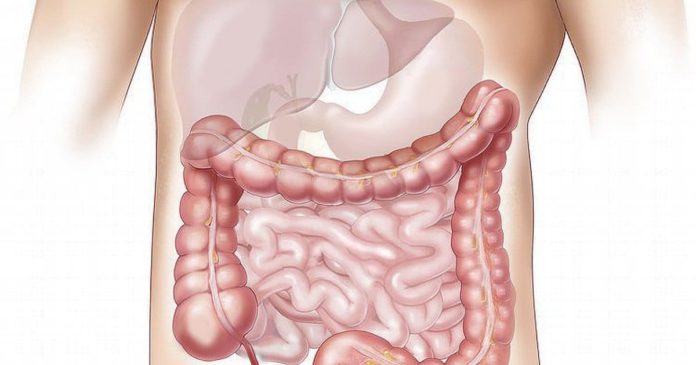 The term IBD generally covers two conditions; Crohn’s disease and ulcerative colitis – although patients may be diagnosed with IBD unclassified when it isn’t clear if they have either. A less common inflammatory bowel disease is microscopic colitis. The conditions are characterised by chronic inflammation of the gastrointestinal tract which can result in damage to the GI tract.

The conditions affect a significant proportion of people. For example, in the USA an estimated 1.3% of US adults reported being diagnosed with IBD. Treatment with conventional medications provides mixed results, and some can be accompanied by unpleasant side effects.

Researchers looking into medical cannabis use patterns and adverse effects in patients with inflammatory bowel disease carried out a cross-sectional anonymous survey among patients accessing dispensaries in New York and Minnesota.  Of the 236 respondents, there were fewer emergency room visits reported in the 12 months after versus before medicinal cannabis use (35.2 vs 41.5%) and less impact of symptoms on daily life reported.

While no serious adverse effects were reported, common side effects were drowsiness, grogginess, or with memory lapses (4.2%), dry mouth/eyes (3.4%), and anxiety/depression or paranoia (3.4%). Few respondents reported medical cannabis diversion (1.3%).

The abstract of the study notes most respondents used products with high THC content (87.5%) through vape pen/cartridge devices (78.6%).

There were quite a few limitations to this study, including a self-reported IBD diagnosis and the researchers noted:

“Further studies are needed to confirm these results with objective measures of healthcare utilization and disease activity.”

Here in Australia, research conducted by the Lambert Initiative for Cannabinoid Therapeutics at the University of Sydney in 2020 found a quarter of Australians with IBD have used cannabis; most of which was being source via illicit channels.

The Australian Crohn’s and Colitis Association (CCA) says Australia has one of the highest rates of IBD prevalence in the world. CCA says more research is needed before using medical cannabis to treat Crohn’s disease and ulcerative colitis is recommended.

Previous articleCannabis And Post-Surgery Pain
Next articleMedical Cannabis Support Strong In Alabama
Terry Lassitenaz
Terry Lassitenaz writes exclusively for Hemp Gazette and has done so since the site launched in 2015. He has a special interest in the political arena relating to medical cannabis, particularly in Australia, and addressing the many myths surrounding this incredibly useful plant. You can contact Terry here.
RELATED ARTICLES
News