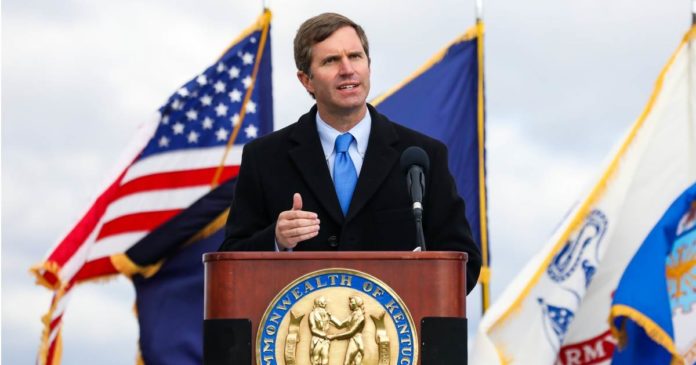 Kentucky Governor Andy Beshear continues to push ahead with his medical cannabis commitments.

Frustrated by a lack of progress in his state, back in April 21 this year Governor Beshear announced the Governor’s Office of Legal Services would look into executive action that could be taken concerning the availability of medical cannabis in Kentucky.

Another action was the formation of the Medical Cannabis Advisory Committee, the purpose of which is to provide a forum for Kentuckians to voice their opinions on this issue. The team was tasked with hosting town hall meetings across the state, four of which were held in July.

“Between the four town halls and 3,539 online comments, Kentuckians made their voices heard on the issue of medical cannabis,” states a Committee activity summary released last week. “The overwhelming majority of those Kentuckians are in favor of legalizing medical cannabis.”

Key findings from the Committee included concerns medical providers are prescribing opioids and painkillers that are not providing relief – and Kentuckians are fearful of their addictive risks. Some are leaving the state to access medical cannabis where it is legal, but want to be able to return without breaking the law.

“Our nation is dealing with a critical crisis from the overuse of addictive opioids,” said Ray Perry, co-chair of the Committee. “The people we heard from are looking for pain relief that allows them to live useful, productive lives.”

“I appreciate the work of those who participated, and I am taking this information into consideration as I analyze what steps I can take to legalize medical cannabis for those suffering from chronic, debilitating medical conditions.”

Previous article
Study Results: Medical Cannabis And Older Adults
Next article
Cannabis Plastics In Medicine?
Gillian Jalimnson
Gillian Jalimnson is one of Hemp Gazette's staff writers and has been with us since we kicked off in 2015. Gillian sees massive potential for cannabis in areas of health, energy, building and personal care products and is intrigued by the potential for cannabidiol (CBD) as an alternative to conventional treatments. You can contact Gillian here.
RELATED ARTICLES
News