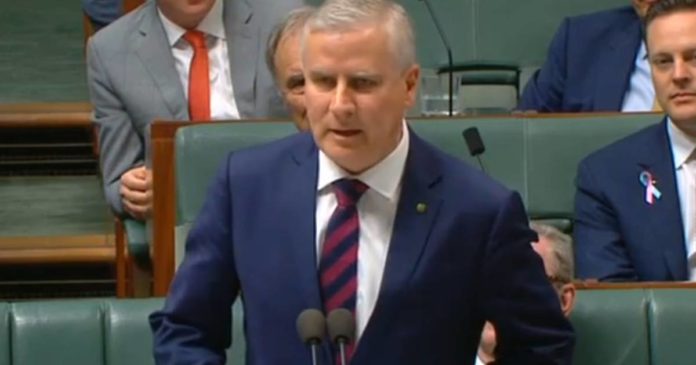 Australia’s Deputy Prime Minister is railing against a recent decision by the ACT Government to legalise possession of small quantities of cannabis.

As we reported last month, the new laws for the Australian Capital Territory allow for possession of up to 50 grams dry weight (or 150 grams “wet”) per person and a maximum of four plants per household (or two plants per person). The legislation  doesn’t come into effect until January 31 next year.

The decision will be of some benefit to those using cannabis medicinally, however, they’ll need to grow it themselves in order to stay within the law.

Deputy Prime Minister Michael McCormack is not impressed by the ACT’s decision and during a doorstop interview last Friday he was scathing of the initiative.

“This isn’t the right outcome. To legalise cannabis is just a dopey decision made by dopey people,” he said; expressing fears involving users under the influence then getting behind the wheel.

“And ask any police officer, rookie or veteran, what they think about the decision and they’ll quickly tell you they don’t want drug drivers on the roads.”

It is important to note not all cannabis is high in THC, an intoxicating cannabinoid. Some medicinal users consume cannabis/products very low in THC, but high in cannabidiol (CBD) – which is non-intoxicating. However, the new laws also allow for recreational use.

Mr. McCormack stated the Federal Government will look into how to get the ACT’s decision overturned and Attorney General Christian Porter was already looking into options. There is precedent of this occurring. In 2013, the High Court of Australia ruled ACT’s gay marriage laws were inconsistent with the Federal Marriage Act. The action was brought to the court by the Commonwealth Government.

As for the ACT’s legislation stymieing the cannabis black market, Mr. McCormack said it was “nonsense”.

The ACT does have a specific medical cannabis scheme already in place. It was established in 2016 to provide patients with “safe and legal access to high quality medicinal cannabis products in appropriate circumstances”. Those circumstances are:

So, it’s quite limited in its scope – and there are other hurdles that need to be jumped through. It’s not clear how many ACT residents are currently participating in the program.

Previous article$3 Million For Medical Cannabis Research In Australia
Next article“Green Fairy” Jenny Hallam Back In Court
Terry Lassitenaz
Terry Lassitenaz writes exclusively for Hemp Gazette and has done so since the site launched in 2015. He has a special interest in the political arena relating to medical cannabis, particularly in Australia, and addressing the many myths surrounding this incredibly useful plant. You can contact Terry here.
RELATED ARTICLES
News