HomeNewsNew Ad Reminds: You Can't Drive High - For Any Reason 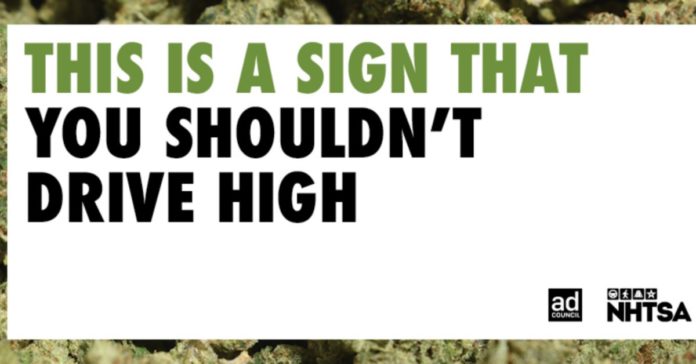 “Nothing’s worth driving high, even if you need to escape a horror movie villain,” said the USA’s Ad Council when spruiking its new campaign.

While several U.S. states having legalized recreational marijuana use and dozens have some sort of medical cannabis program in place, driving when impaired by any substance remains illegal across the USA. The Ad Council and National Highway Traffic Safety Administration (NHTSA) are seeking to remind Americans of this in relation to marijuana through an extensive TV, online, billboard, print and radio campaign. Here’s the video:

The compound in marijuana known to cause driving impairment is tetrahydrocannabinol (THC) – just one of the many cannabinoids in cannabis.

“Many marijuana users don’t see a problem with driving after use, but research shows marijuana can slow reaction time, impair judgment of distance, and decrease coordination – all skills necessary for the safe operating of a vehicle,” says the Ad Council. “Our campaign targets young men aged 18 to 35, many of whom reject the common stereotypes of marijuana users – and reminds viewers that if you feel different, you drive different. Don’t drive high.”

Lucky for the fellows in the video that the axe-wielding maniac appeared to be high too – he had shocking reaction time, impaired judgement of distance and looking at the way he walked, decreased coordination.

Here in Australia, it’s also illegal to drive under the influence of THC, but for patients using another cannabinoid, cannabidiol, it can be a different story. For example, the Victorian Government states:

“Patients taking cannabidiol-only medicines can lawfully drive, as long as they are not impaired. Drivers should check whether the medicinal cannabis product they have been prescribed contains THC.”

Before getting behind the wheel, Australian patients using cannabidiol should check the laws of their own state.

This is where sourcing cannabidiol through illicit channels can be problematic – it can be hard to be sure if there is also a THC level in it high enough to return a positive reading on a test.

While medicinal cannabis including cannabidiol products have been legally accessible in Australia for some time (although access is difficult and expensive), a survey conducted by researchers at the University of Sydney found just 2.7 per cent were accessing legal products.

Previous articleOMMA Weighs In On Medical Marijuana Slushies
Next articleU.S FDA Releases Cannabidiol Testing Results
Gillian Jalimnson
Gillian Jalimnson is one of Hemp Gazette's staff writers and has been with us since we kicked off in 2015. Gillian sees massive potential for cannabis in areas of health, energy, building and personal care products and is intrigued by the potential for cannabidiol (CBD) as an alternative to conventional treatments. You can contact Gillian here.
RELATED ARTICLES
News