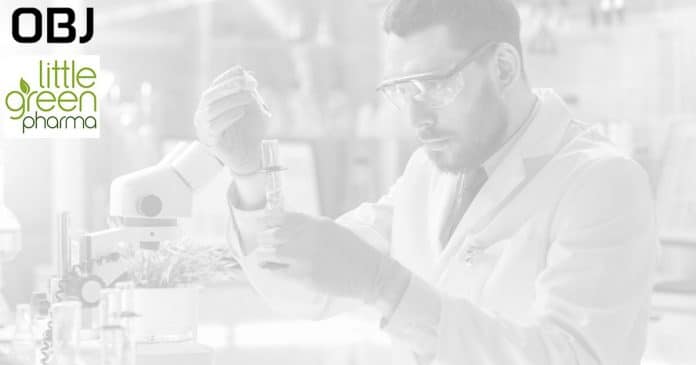 Australia’s Little Green Pharma has teamed up with OBJ (ASX:OBJ) in a collaboration to deliver cannabinoid therapy transdermally; i.e. via the skin.

The companies will work on the project along with research and development experts at Curtin University in Western Australia.

There are all sorts of cannabinoid delivery systems such as vaping, capsules, edibles and oils. These methods of administration can be impacted by first pass metabolism. While patches are also already in use, conventional patches rely on formulation and absorption.

“The benefits of medicinal cannabis are well known and increasing, therefore combining this with the experts in transdermal technology at OBJ has the potential to create some exciting possibilities,” said Little Green Pharma Managing Director Fleta Solomon. “This could be a new frontier for medicinal cannabis.”

OBJ diamagnetic microarray technology is already being used in skin care and joint inflammation products. The company, which was founded in 2004, states its technology is present in over a million devices sold by pharmaceutical giant Procter & Gamble.

If the efforts of the collaborators are successful, it could result in one of the most advanced and effective medicinal cannabis delivery systems developed so far says OBJ, and the technology may be licensed to third parties for rapid distribution worldwide.

Little Green Pharma has been operating for a number of years but until relatively recently hadn’t been receiving a lot of media coverage, probably as a result of it not being ASX-listed. Publicly listed companies tend to steal the limelight as shareholders are always hungry for news of their investments.

The quiet-achiever harvested its first medicinal cannabis crop last year at its secure facility in Western Australia and recently announced the harvest of another crop. The firm was the first Australian medicinal cannabis company producing locally-grown and GMP-manufactured cannabis products.

Previous articleStudy Declares Cannabis “Safe And Effective” In Managing Fibromyalgia
Next articleMedical Marijuana Research Program Launched In Pennsylvania
Terry Lassitenaz
Terry Lassitenaz writes exclusively for Hemp Gazette and has done so since the site launched in 2015. He has a special interest in the political arena relating to medical cannabis, particularly in Australia, and addressing the many myths surrounding this incredibly useful plant. You can contact Terry here.
RELATED ARTICLES
News