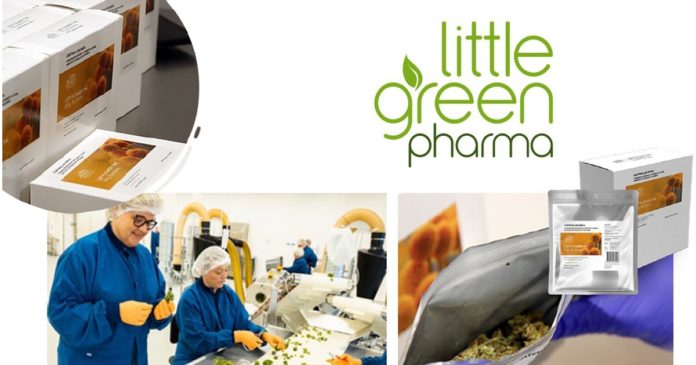 Back in June the year, LGP picked up a large cultivation and manufacturing facility in Denmark capable of producing 12 tonnes per annum of dried cannabis flower; but at that point it was only operating at 25% of nameplate capacity. Still, it’s a significant amount of flower and LGP says it can boost this to 50% using current resources and with “only minimal” additional capital expenditure.

Less than two months since the acquisition, LGP has taken delivery of 50 kilograms of what it has dubbed “Billy Buttons THC 16”, named after the Australian wildflower. This has a THC content of 16% and is being made available on the Australian market in 15g packs. Little Green Pharma says it expects two further shipments of flower medicines from the Denmark facility totalling ~65kgs should arrive on our shores by the end of October

“To be able to meet all the regulatory requirements to supply and import product within this timeframe is a significant achievement and consistent with our reputation as a leading global medicinal cannabis business,” said LGP Managing Director Fleta Solomon.

In addition to the Denmark facility, Little Green Pharma also has cultivation and processing operations in Western Australia, which it is in the process of expanding.

In other recent news from the company, its preliminary final report for the financial year ended June 30 2021 indicates it was a busy and successful year for the company.

Previous articleWisconsin Dumping State Hemp Oversight
Next articleOTC Cannabidiol Sleep Study Kicks Off
Gillian Jalimnson
Gillian Jalimnson is one of Hemp Gazette's staff writers and has been with us since we kicked off in 2015. Gillian sees massive potential for cannabis in areas of health, energy, building and personal care products and is intrigued by the potential for cannabidiol (CBD) as an alternative to conventional treatments. You can contact Gillian here.
RELATED ARTICLES
News