HomeNewsPush To Deschedule Marijuana In The USA Continues

Push To Deschedule Marijuana In The USA Continues 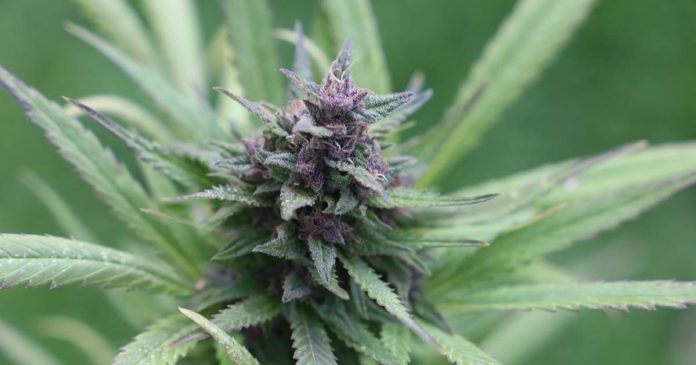 Two dozen lawmakers from both sides of the political fence have given US President Joe Biden another nudge to deschedule marijuana.

Marijuana is still listed as a Schedule I drug under the Controlled Substances Act, a classification reserved for what are considered the most problematic substances and those without demonstrated and accepted medical use. That marijuana is still in this category given its safety profile and wide – and growing – acceptance as being a useful medical treatment is a bit of a (bad) joke.

In October this year, President Joe Biden announced a move to review how marijuana is scheduled under federal law. A poll that followed very shortly after indicated the intention was very well received by the majority of Americans.

A bipartisan collective of 24 senators and members of Congress also want to see President Biden go all the way and fully deschedule marijuana.

“The decision to schedule marijuana was rooted in stigma rather than an evidence-based process, and it is time to fully remedy this wrong,” they state. “Marijuana’s continued inappropriate scheduling is both arcane and out-of-touch with the will of the American people. We look forward to your Administration working transparently and proactively with Congress to enact this crucial step.”

Among those signing the letter were Senators Elizabeth Warren, Cory Booker, Ron Wyden and Jeff Merkley.

“While we do not always agree on specific measures, we recognize across the aisle that continued federal prohibition and criminalization of marijuana does not reflect the will of the broader American electorate,” they state.

While the big issue is still yet to be tackled, there has been some progress on other fronts. In November this year, President Biden signed a bill into law to expand research into medicines derived from the cannabis plant; which previously passed muster in Congress.

As things currently stand, 37 states have enacted medical marijuana programs; among them 21 states that have also decriminalized adult use of marijuana. The USA’s legal cannabis industry sold a combined $24.6 billion worth of products last year, which generated more than $3.7 billion in tax revenue from sales.

It’s already a major employer, with 400,000 employees working in the industry. The Senators point out an estimated employment potential of approximately 1.5 million to 1.75 million workers in a mature legal cannabis market in the USA.

Previous article
Medical Cannabis Again Showing Promise For PTSD
Next article
Is Medical Marijuana Helpful For Migraine?
Terry Lassitenaz
Terry Lassitenaz writes exclusively for Hemp Gazette and has done so since the site launched in 2015. He has a special interest in the political arena relating to medical cannabis, particularly in Australia, and addressing the many myths surrounding this incredibly useful plant. You can contact Terry here.
RELATED ARTICLES
News