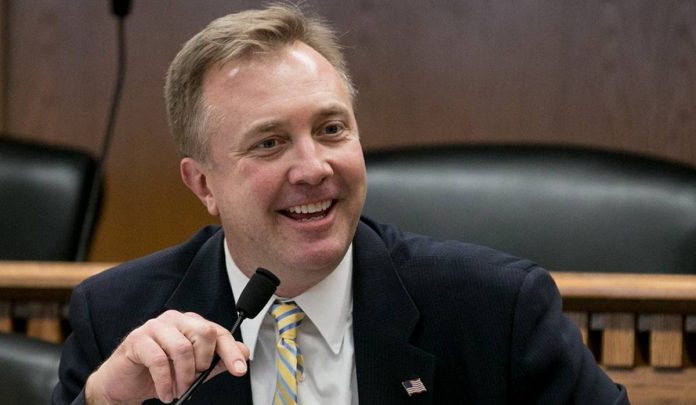 Senate Bill 5276  authorizes and establishes a new licensing and regulatory program for hemp production in Washington that will operate in line with the Federal Agriculture Improvement Act of 2018 (2018 Farm Bill). Hemp is defined as the plant “Cannabis sativa L.” and any part of it with a tetrahydrocannabinol (THC) concentration of not more than 0.3% dry weight.

The bill received the final nod from the Legislature last Wednesday before heading to Governor Inslee’s desk, who wasted little time in putting his stamp on it – and making Senator Ericksen a very happy man.

“Hemp could become a major crop in my district, because in Northwest Washington we would need no irrigation,” said  Senator Ericksen. “But this new cash crop can be grown anywhere in the state, and if we can get planting done this season, all the better.”

With what is the state’s planting season starting a month ago, state regulators will need to move quickly, but Senator Ericksen says the new legislation enables fast-tracking of rulemaking processes, so licenses can be issued “without delay”.

While the enthusiasm to get started right now is understandable and the Feds now smile upon this once spurned crop, states are meant to submit a plan to the USDA – and it be approved – before getting started with any program operating under the 2018 Farm Bill. That’s a little way off, so perhaps for this season if licenses are issued, Washington’s program will still work under the 2014 Farm Bill.

The state’s Industrial Hemp Research Pilot (IHRP) was authorized by the Washington State Legislature in 2016 and according to VoteHemp, 142 acres of the crop was grown in Washington state last year.

The cost of the new program will be borne by growers and Washington State University is to provide research assistance, giving hemp growers information on best practices.

The Washington State Department of Agriculture currently lists 11 licensed growers on its web site, some of whom have processing and marketing licenses also combined.

Previous articleIowa Industrial Hemp Bill Awaits Governor’s Signature
Next articleHawaii Hemp Bill Heads To Governor
Terry Lassitenaz
Terry Lassitenaz writes exclusively for Hemp Gazette and has done so since the site launched in 2015. He has a special interest in the political arena relating to medical cannabis, particularly in Australia, and addressing the many myths surrounding this incredibly useful plant. You can contact Terry here.
RELATED ARTICLES
News