From Holden Cars To Hemp And Medical Cannabis? 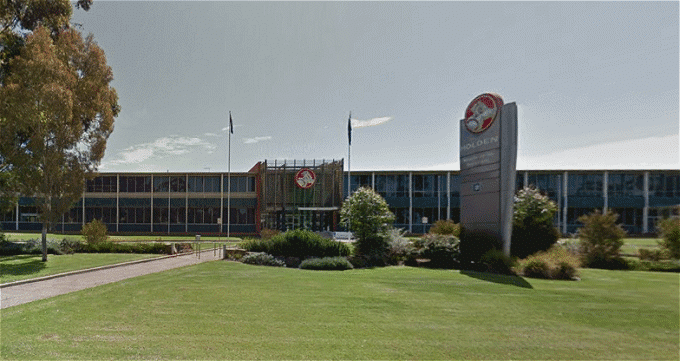 An Australian company is pushing to set up a medical cannabis cultivation and manufacturing facility at the soon to be closed Holden car plant in Elizabeth, South Australia.

The company behind the proposal, Australian Cannabis Corporation, says if such a facility utilised only half the buildings at the site, it could generate $800,000,000 each year and create over 2500 new jobs through growing four crops annually using a hydroponics system.

However, the company seems to be having issues in having the proposal seriously considered by South Australia’s government.

“We are saying to the government ‘why are you afraid of this?’,’’ said Mr Fitzsimons.

There’s not a great deal of easily located information about the Australian Cannabis Corporation, which, according to its Facebook profile, was only set up this year.

At the time of writing, a “patient registration form” hosted on the company’s web site (the only page on the site) was running over an insecure connection and provided little detail as to what will be done with data submitted.

However, this doesn’t mean anything shady is going on. Sometimes young startups are noticed by the press before they are really ready to deal with the exposure.

The State Opposition believes the proposal should be given more attention.

Closure of the Holden facility will have a massive impact on the Elizabeth region, one that is already reeling from the effects of a very high unemployment rate.

Reaction from the community regarding the proposal appears to be generally positive. So far, a couple of polls accompanying a related news item on The Advertiser show significant interest in the project – around two-thirds of respondents support the idea.

One of the big challenges of using the Holden facility would be security – plenty of it would be needed given the location as it would certainly attract plenty of the wrong sort of attention. Adelaide’s north has the unpleasant distinction of having a particularly high crime rate and significant drug-related issues.

However, if low-THC cannabis were grown, or high CBD industrial hemp (which has zero recreational value); the facility would soon shrug off some of that unwanted attention.

Previous articleMarijuana A Potential Therapy For Parkinson’s Disease
Next articleCannabis Dispensary Staff Training Found Lacking
Terry Lassitenaz
Terry Lassitenaz writes exclusively for Hemp Gazette and has done so since the site launched in 2015. He has a special interest in the political arena relating to medical cannabis, particularly in Australia, and addressing the many myths surrounding this incredibly useful plant. You can contact Terry here.
RELATED ARTICLES
News