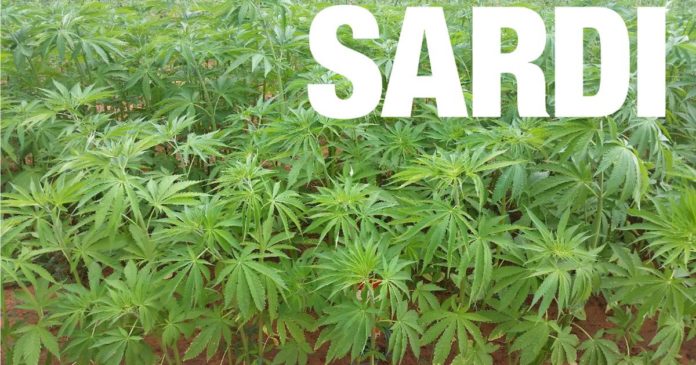 After two years of hemp trials in the Riverland and South East regions of South Australia, it’s been concluded the crop will grow very successfully in the state.

“These trials have shown under the right conditions, including planting in free-draining soil and using good quality irrigation water, there was good germination and growth at the trial sites,” said Minister for Primary Industries and Regional Development Tim Whetstone.

Groundwater salinity can be a showstopper – a trial at Kybybolite trial site in 2017/18 was halted and moved to Maauope for the 2018/19 trials (750 ppm at Maaoupe vs 2,000 ppm at Kybybolite). However, it was also determined older plants (20cm plus) don’t suffer as much from the effects of salinity as younger plants.

Heat on the other hand didn’t appear to be such an issue. During the October to January period plants reached more than three metres high in the Riverland where it’s not unusual to see back to back 40C days with extremely low humidity.

With regard to weed control, this was achieved through smothering of weeds by the hemp canopy (>50 plants/m2) rather than herbicides, as there are no herbicides registered for use on hemp in South Australia.

A third season of trials is planned at Loxton and Maaoupe.

Hemp farmers on the lookout for seed for the 2019-20 season will be able to use the information in the report for planning growing schedules.

South Australia’s industrial hemp sector is still very much in its infancy, with just nine licensees planting commercial crops in 2018/19 – for a total crop area of approximately 160 hectares. 13 cultivation licences and two processing licences have been approved to date by the State Government.