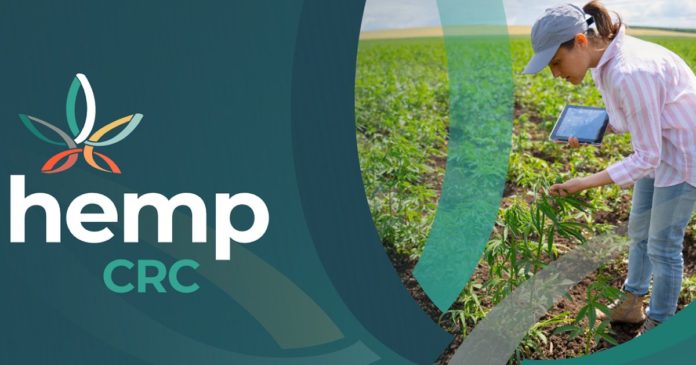 The University of Southern Queensland is collaborating with research and industry partners across Australia and overseas to investigate hemp’s potential.

UniSQ is spearheading an initiative to gain funding to form a Cooperative Research Centre for hemp – the hemp CRC. The Australian Government’s CRC Program was established in 1990 and funds industry-led collaborations between industry, researchers and end users.

Executive Director of the UniSQ’s Institute for Life Sciences and the Environment, Professor Gavin Ash, is leading the bid that seeks a decade of funding. Professor Ash says if successful, it would represent the biggest single investment in the hemp industry in the southern hemisphere.

“It’s an incredibly bold vision that the research and industry consortium have for this CRC, but it’s one that’s worth very deep consideration and could offer a vast array of benefits to the growth and support of a number of core industry sectors in Australia, and as a result, boost our national economy,” stated Professor Ash.

The initiative has attracted some well-known locals, including Professor Kerryn Phelps AM, who is Chair Elect for the hemp CRC bid.

“I am incredibly excited by the potential of this emerging industry and the active collaboration of our industry partners in the bid development,” said Professor Phelps.

“Hemp is a crop of tomorrow and Australia has the land, resources, supportive legislation and expertise to become a global leader in the hemp market,” states the Hemp CRC website.

The industry and academia are certainly getting behind the bid; with a myriad research, core, key, supporting, affiliate, education and training partners already on board – and others are being encouraged to join.

“We encourage partners to join the hemp CRC early in the bid process to influence and drive the bid strategy and research co-design process, and to optimise the opportunity to leverage partner contributions with requested grant funding.”

The hemp CRC program elements include:

Previous articleNIHC Pushes Feds To Approve Hemp Seed As Animal Feed
Next articleMedical Marijuana Still Strongly Supported In Idaho
Gillian Jalimnson
Gillian Jalimnson is one of Hemp Gazette's staff writers and has been with us since we kicked off in 2015. Gillian sees massive potential for cannabis in areas of health, energy, building and personal care products and is intrigued by the potential for cannabidiol (CBD) as an alternative to conventional treatments. You can contact Gillian here.
RELATED ARTICLES
News