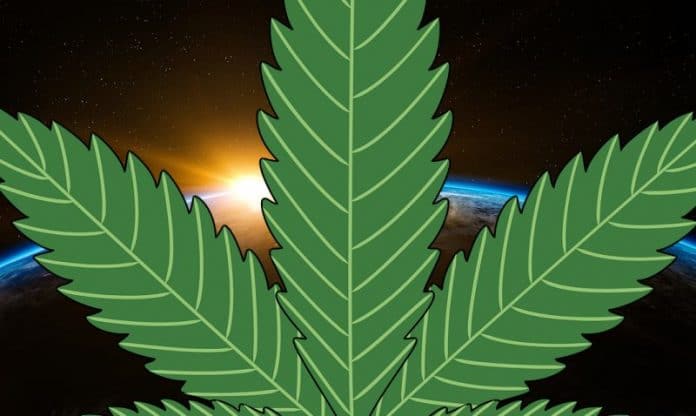 A U.S. company has set its sights on boldly going with industrial hemp where no-one has gone before – space.

Space Tango says it has created a new subsidiary focused on hemp research that will send industrial hemp plants to the International Space Station.

“When plants are ‘stressed,’ they pull from a genetic reservoir to produce compounds that allow them to adapt and survive,” says Space Tango Science Advisory Team’s Dr. Joe Chappell “Understanding how plants react in an environment where the traditional stress of gravity is removed can provide new insights into how adaptations come about and how researchers might take advantage of such changes for the discovery of new characteristics, traits, biomedical applications and efficacy.”

The main objective will be the potential enhancement and bioengineering of industrial hemp for Earth-based biomedical applications; for example, boosting hemp’s cannabidiol levels. Space Tango sees a future where many of the next breakthroughs in healthcare, plant biology and technology could occur 400km above the Earth.

The company makes research and manufacturing systems called CubeLabs that are installed on its hubs on the International Space Station. These little labs run autonomously and provide near real-time data and monitoring capabilities.

Joining Space Tango in this enterprise is Atalo Holdings and Anavii Market.

Space Tango has had 8 other missions to date, 53 payloads delivered and 88 experiments conducted.

Industrial hemp won’t be the first plant grown in space. Back in 1982, the crew of the Soviet Salyut 7 space station grew Arabidopsis (rockcress). Before that, seeds had been shot into space.

The International Space Station has also carried out plant research, including the Biomass Production System followed by the Vegetable Production System (Veggie) system. Some other plants grown in space include bok choy, rice, onions peas, lettuce, cucumbers and potato. Members of Expedition 44 were the first American astronauts to eat plants grown in space in 2015 (Red Romaine).

Perhaps it’s a good thing industrial hemp will be grown on ISS – and not marijuana.

You can read more about plants in space here.

As to whether this industrial hemp will be the first cannabis grown in space – officially, yes; but unofficially, we may never know.

Previous articleAustralian Women Turning To Cannabis For Endometriosis Pain
Next articleLatest Illinois Medical Cannabis Program Statistics
Terry Lassitenaz
Terry Lassitenaz writes exclusively for Hemp Gazette and has done so since the site launched in 2015. He has a special interest in the political arena relating to medical cannabis, particularly in Australia, and addressing the many myths surrounding this incredibly useful plant. You can contact Terry here.
RELATED ARTICLES
News