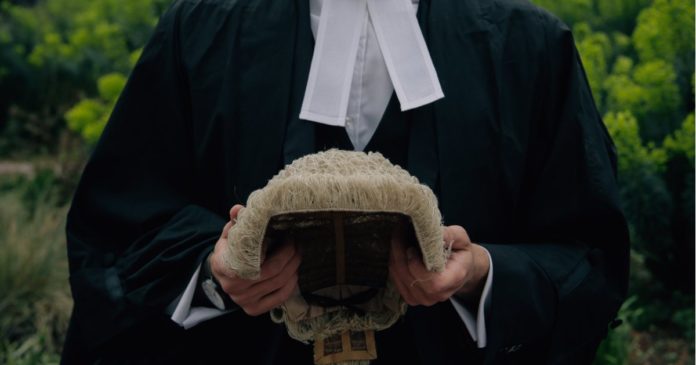 Barristers can now swap their horse hair wigs for a custom-made eco-friendly hemp version. But it will cost a bit.

The formal wig worn by barristers has been a tradition for centuries in a number of countries. Usually made from horse hair over the last couple of hundred years, this has posed an ethical problem for some barristers. Among them is Samuel March – a London barrister who identifies as being vegan.

While specialising in criminal and regulatory law, Samuel also dabbles in animal protection law and volunteers in a paralegal capacity with Advocates for Animals, a non-profit organisation.

“I refuse to sponsor exploitation by buying expensive items made from animal products as this adds value to the practice of owning them and selling them for parts,” he says.

But the wig is not optional attire, so he had to come up with an acceptable option. The only other alternative at that point were synthetics.

And these hemp wigs look pretty good too – well, as far as any wig of this nature can do anyway. While originally just intending to have a wig created for himself, the reaction was so positive Samuel has now set up to have them made for other barristers.

“Hemp was my father’s idea initially. We both found the idea of wearing a plant so closely related to cannabis into the criminal courts delightfully disruptive.”

Produced under the “Hemp & Hemp” brand, the fibre used for the wigs is sourced from co-operatives that combine the crops of small groups of farmers engaged in eco-friendly practices.

Good quality barrister wigs generally aren’t cheap – and neither are these, costing £600 (+VAT and postage). That’s approximately AUD $1,082 or USD $789 at current exchange rates. Still, with top quality barrister wigs costing north of USD $1,000; perhaps these are a bit of a bargain. According to Sam, any profits from wig sales will ultimately go to causes that use the law to advance animal protection.

And who knows, perhaps some judges might want to jump on board too if Hemp & Hemp can come up with a longer version.

This novel application of hemp fibre adds to the ever-growing list of hemp uses.

Previous articleCann Group’s Victorian Cannabis Facility Is (Pretty Much) Go
Next articlePennsylvania Senator Pushing For Hemp In Animal Feed
Gillian Jalimnson
Gillian Jalimnson is one of Hemp Gazette's staff writers and has been with us since we kicked off in 2015. Gillian sees massive potential for cannabis in areas of health, energy, building and personal care products and is intrigued by the potential for cannabidiol (CBD) as an alternative to conventional treatments. You can contact Gillian here.
RELATED ARTICLES
News