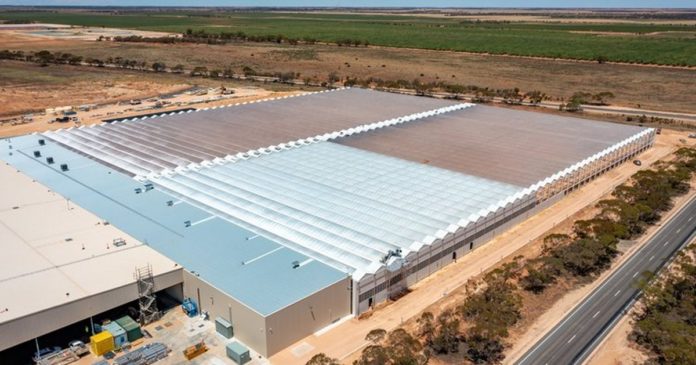 Australia’s Cann Group Limited’s (ASX: CAN) medical cannabis production facility near Mildura in Victoria has reached practical completion according to the company.

“The completion of works in the cultivation areas and our transition into commercial production activity is a major milestone for Cann,” said CEO Peter Crock.

The company also announced Australia’s Office of Drug Control (ODC) has granted the necessary permit for commercial cultivation activities to commence at the facility. Cann Group is preparing to transfer medicinal cannabis plants from its Southern facility, which is Cann’s original cultivation site in Melbourne that  has been operational since 2015.

The first commercial crop from the Mildura region venture is expected to be harvested by June this year – so the firm is wasting no time in getting up and running. But the company still needs another permit from the ODC covering the manufacture of medicinal cannabis products at the facility, which Cann expects to be issued in “the near future”.

Cann originally acquired the site back in 2019, with optimistic expectations it would be operational to some degree the following year – but it was another case of  “best laid plans”. It’s certainly not unusual for medical cannabis projects to face delays through red tape and various other challenges.

Cann has certainly had its share of them. Originally to be a single stage project, the company switched to a staged approach in late 2019.  In 2020, the company expected commissioning of the facility in November 2021. Given the subsequent impact of the pandemic and other events, the company has done pretty well to remain reasonably close to that timeframe.

In other relatively recent news from the company, last month Cann Group announced half-year revenue from sales of $3.2 million, representing a 193% increase on the first half of FY2021.

Cann Group is another company eyeing Australia’s yet to be addressed low-dose, over-the-counter cannabidiol market. In February, Cann announced it will begin recruitment this month for its phase 3 clinical trial on the efficacy of Satipharm CBD capsules for the short-term treatment of sleep disturbances and quality of life outcomes.

Previous articleCannatrek Kicks Off Medical Cannabis Facility Construction
Next articleHemp Barrister Wigs A Hit
Gillian Jalimnson
Gillian Jalimnson is one of Hemp Gazette's staff writers and has been with us since we kicked off in 2015. Gillian sees massive potential for cannabis in areas of health, energy, building and personal care products and is intrigued by the potential for cannabidiol (CBD) as an alternative to conventional treatments. You can contact Gillian here.
RELATED ARTICLES
News