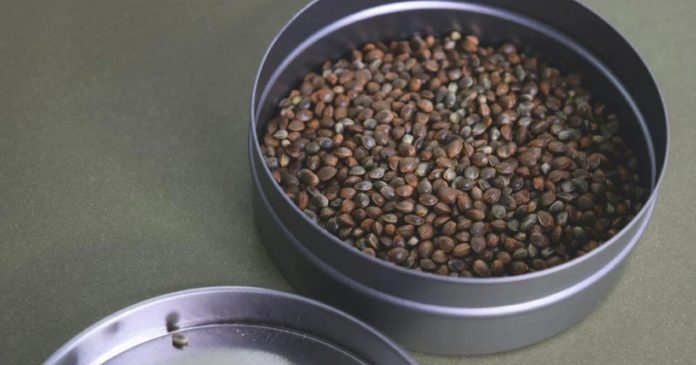 New Zealand’s Greenfern Industries is part of a partnership to have received a grant to research potential high value products derived from hemp seed processing waste.

A major waste stream from processing hemp seed (which is technically a nut) is the hull – the hard outer coating. Another is hemp seed cake or meal, which is the by-product of cold-pressing hemp seeds for oil. While the latter is being used as stock feed in some parts of the world, not much is being done with the former. And there could be other, more valuable uses for hemp seed meal.

Greenfern, Hemp Connect and Callaghan Innovation have been awarded a $110,000 Bioresource Processing Alliance (BPA) grant to support work on a related project that commenced last year.

“To begin with we’re looking at a high-quality, plant-based soluble protein (peptide) made from New Zealand-grown hemp,” said Greenfern managing director Dan Casey. “The research we’ve already done tells us this product alone would be new-to-market – that there doesn’t appear to be anything like this readily available elsewhere in the world.”

The Bioresource Processing Alliance, funded by New Zealand’s Ministry of Business, Innovation and Employment, is focused on generating additional export revenue for New Zealand through better use of biological by-products.

It appears the Greenfern project is initially focused on making better use of the hulls. Other potential uses could be the extraction of lipids for food purposes or in cosmetics.

“If the hulls are extracted of valuable compounds, this would elevate them from a dumped or stockpiled product to a source of valuable nutraceutical ingredients,” said Mr. Casey. And what remains could be used as a fibre supplement.

Hemp seed hulls could also harbor pharmaceutical compounds. We mentioned earlier this year US company Brightseed found hemp seed hulls contain N-trans-caffeoyltyramine (NCT) and N-trans-feruloyltyramine (NFT), which it said have the potential to clear fat from the livers of mice and in human cells.

The New Zealand research will run for around 16 months with view to establishing a pathway to commercialisation. Both Greenfern and Hemp Connect are kicking in $15,000 in cash and $10,000 in in-kind funding each towards the project.

In other recent news from Greenfern, last week the company triggered an NZD $1.2 million offer to wholesale investors; part of the firm’s drive to raise up to $5 million.