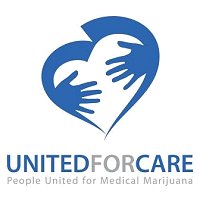 Support for medicinal marijuana in Florida is certainly increasing, but it seems the anti-medical cannabis corner hasn’t given up just yet.

A recent statewide poll carried out for United For Care of 1,000 likely  voters indicated 77% support Amendment 2, “Use of Marijuana for Debilitating Medical Conditions”.

A similar survey carried out a couple of years ago indicated 69% support. But when it came to the 2014 ballot, the amendment received 58% support – just a couple of percentage points off the bill being passed.

Things are looking brighter this time around.

“Voter support for medical marijuana in Florida is stronger than ever,” says Kevin Akins of Anzalone Liszt Grove; the research company that carried out the poll.

“A broad and diverse coalition of voters across age, racial, and gender lines support Amendment 2 by a winning margin.”

In the latest poll, just 20% opposed Amendment 2 and 3% were undecided.

“Use of Marijuana for Debilitating Medical Conditions” will appear on Florida’s 2016 general election ballot after garnering the necessary support in January.

United For Care is also feeling confident about the outcome.

“The 2016 ballot language is also stronger and addressed a number of concerns that some voters expressed previously. It was approved unanimously by the Supreme court, and we’re seeing a broader coalition supportive of passage than before,” said campaign manager, Ben Pollara.

However, opponents of the bill appear to be quite well cashed up. Drug Free Florida, which campaigned against medical marijuana in the 2014 vote, raised more than $800,000 in about a week earlier this month.

In other Florida news, one of the six Florida medical cannabis licensees announced last week it was the first dispensary to receive a formal Authorization to Process and Authorization to Dispense. Yesterday, Trulieve said it made its first home delivery of low-THC medical marijuana to a patient in Pasco County.

Currently, Florida law only permits specially qualified doctors to prescribe low-THC cannabis for patients diagnosed with a one of a very limited number of medical conditions. Medical cannabis (with higher levels of THC) can only be prescribed to patients suffering from a terminal condition that has been diagnosed by two physicians.

Previous articleIndustrial Hemp Cultivation (Sort Of) Legalised Pennsylvania
Next articleQLD & NSW Progress On Medical Marijuana
Terry Lassitenaz
Terry Lassitenaz writes exclusively for Hemp Gazette and has done so since the site launched in 2015. He has a special interest in the political arena relating to medical cannabis, particularly in Australia, and addressing the many myths surrounding this incredibly useful plant. You can contact Terry here.
RELATED ARTICLES
News