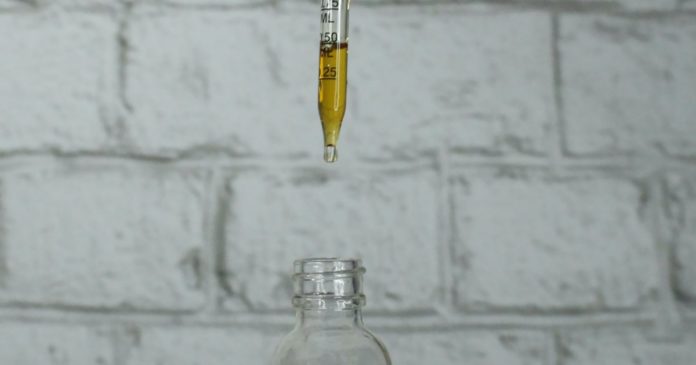 Another batch of companies selling cannabidiol-based products are in the crosshairs of the USA’s Food and Drug Administration.

Last week, the FDA said it had recently posted warning letters to various companies for what it alleges is the illegal sale of products containing cannabidiol (CBD). The agency claims the firms are selling products containing CBD that consumers may confuse for traditional foods or beverages; potentially resulting in unintentional consumption or over-consumption of CBD.

“The use of CBD raises safety concerns, especially with long-term use. Scientific studies show possible harm to the male reproductive system, including testicular atrophy, harm to the liver, and interactions with certain medications.”

Testicular atrophy? That’s a good way to put a scare into around half the population. As for liver issues, initial findings of a liver safety study we mentioned earlier this year indicated a good safety profile for CBD. However, it should be noted that was a cannabidiol industry-sponsored study.

But the potential for interactions with certain medications is definitely a valid concern, as we’ve reported on in the past.

This latest round of companies to get warning letters – 5 of them – have 15 working days to let the FDA know how they will address the issues described or provide their reasoning, along with evidence, as to why they believe their products are not in violation of the law.

“Failure to adequately address the violations promptly may result in legal action, including product seizure and/or injunction,” says the FDA.

This is by no means the first time the FDA has sent out warning letters regarding CBD (it’s been doing so for years), but previously the agency has focused mainly on therapeutic claims. This time around the focus according to the accompanying press release was on potential consumer confusion and that CBD-containing products in forms appealing to children “are especially concerning”.

However, also mentioned were various violations with regard to claims to curing, mitigating, treating or preventing various diseases; and the addition of CBD to animal foods.

The FDA states it is committed to “sound, science-based policy on CBD”. But it’s certainly been dragging the chain on developing it.

Previous article
NZ’s Greenfern Industries Welcomes New Chairman
Next article
Media Coverage Influencing Cannabis Clinical Trial Outcomes?
Gillian Jalimnson
Gillian Jalimnson is one of Hemp Gazette's staff writers and has been with us since we kicked off in 2015. Gillian sees massive potential for cannabis in areas of health, energy, building and personal care products and is intrigued by the potential for cannabidiol (CBD) as an alternative to conventional treatments. You can contact Gillian here.
RELATED ARTICLES
News