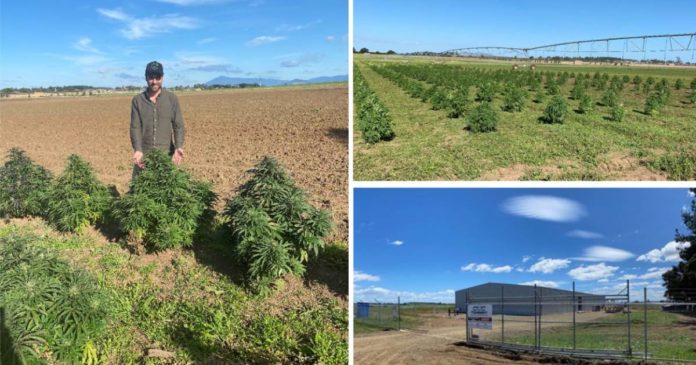 Australia’s ECS Botanics Holdings Ltd (ASX:ECS) is continuing with its plans to expand cannabis cultivation in Tasmania – and in a very big way.

On Wednesday, the company announced it has lodged plans with the Office of Drug Control (ODC) to expand its cultivation area from 2,500 square metres (sqm) to around 320,000 sqm.

Last year the company signaled its intention to proceed with constructing a medical cannabis cultivation facility in Tasmania, the first first stage of which is expected to have a dry flower production range of 1,313 – 2,188 kilograms per annum. Under Stage 2 and 3, the growing area would expand from 2,500 square metres to the ~320,000, with a total production range of 19,500 to 32,500 kg of dry flower annually.

Production focus will be on non-intoxicating cannabinoids, primarily CBD, with the potential to branch out into supplying terpenes. Terpenes are aromatic compounds creating the characteristic scent of many plants; some of which may have therapeutic benefit particularly when taken in tandem with cannabinoids – the so-called “entourage effect”.

Tasmania is the world’s leading supplier of poppies that are used in pain medications such as morphine, and ECS wants to use the same model used in the poppy sector for its approach to medical cannabis.

ECS doesn’t just dabble in medical cannabis – it’s also heavily involved in other aspects of hemp and it envisions using its existing experienced network of hemp farmers to grow medicinal cannabis on a large scale for the purpose of extracting CBD.

“This expansion plan is big thinking and a first in Australia, it will enable multiplication of revenues while becoming a world class cultivator and manufacturer,” said Managing Director Alex Keach.

Mr Keach says the company has “immense confidence” in its plan given the success of it commercial size trial crop in Tasmania.