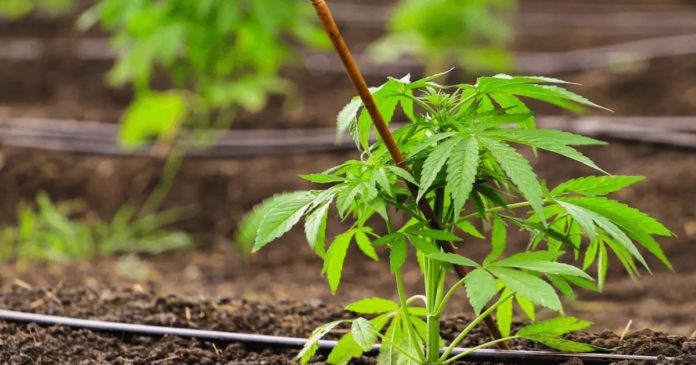 Well, that didn’t take long – Australia’s ECS Botanics (ASX:ECS) has found a buyer for its hemp food and wellness division.

In June ECS Botanics released its strategy for a major shift that will see it focusing its operations entirely on medicinal cannabis, which makes up the vast majority of its sales these days. The firm didn’t waste any time getting started on its plan, indicating it had already commenced the process of divesting from its hemp food and wellness division, plus readying to put a for sale sign on its Tasmanian hemp cultivation and manufacturing facility.

ECS Botanics put its cannabis operations in Tasmania’s Northern Midlands on the market in early July and apparently there has been significant interest in the sale; so we might be hearing news of a buyer in the not-too-distant future.

Last week the company also announced it has agreed to sell its hemp food and wellness business for $250,000 (plus stock as valued) to Ananda Food, a subsidiary of Ecofibre Limited (ASX:EOF). Assuming due diligence processes pass muster, contract completion is expected in early August.

Ananda Food says it has been a white label supplier to ECS for some time and states the acquisition will further strengthen Ecofibre’s supply relationship with Coles and Woolworths, provide new customer relationships and an expanded product range.

Proceeds from ECS’s asset-shedding spree will primarily be invested into expanding medicinal cannabis production. On a related note and in other recent news from ECS Botanics, the company also announced late last week it had entered into a secured $2m commercial loan facility from the National Australia Bank (NAB).

“I firmly believe in the ECS strategy of investing in new capacity to meet secured demand,” said ECS Managing Director,  Nan-Maree Schoerie. “The Company is about to commence the stage 3 expansion which will look to double the secure cultivation area and the installation of more protective cropping capacity leveraging the available funds. “