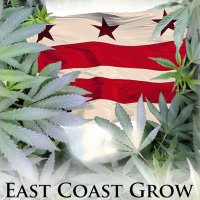 The medical cannabis industry is a serious business – so of course, somebody had to make a sitcom from it.

The kitchen at the Mess Hall in Northeast Washington D.C. (which provides up-and-coming food entrepreneurs commercial kitchen space to hone their craft) has been transformed into a marijuana cultivation center for a new fictional web series currently being filmed.

According to a BackStage casting notice, one of the lead characters is Mike, who has emerged from the not-so-legal trade to build a legitimate business. The other lead is Tia, an avid supporter of justice in marijuana policy who quit her career in corporate communications to manage a medical cannabis cultivation center.

Supporting characters are Darrin, Mike’s best friend; Cody, the wide-eyed and naive new employee and Aldo, owner of one of DC’s leading dispensaries.

Executive producer Matt Doherty says the aim of the show is to destigmatize cannabis and those who use it. Apparently, the casting call saw applications from 400 hopefuls.

Residents of Washington D.C. have the right use marijuana for medical purposes if the person’s primary physician provides a written recommendation.

According to a November update from the Government of the District of Columbia Department of Health, 4670 patients are registered for the program.

Washington D.C. has seven marijuana cultivation centers and five dispensaries. Patients must choose a single dispensary to register with and cannot obtain cannabis medicine from other dispensaries.

However, in addition to the availability of medical marijuana, on November 4, 2014, D.C residents voted in favour of Initiative 71 to legalise the possession and cultivation of limited amounts of cannabis by adults who are 21 or older. Initiative 71 became law on February 26, 2015.

Previous articleMedical Hemp For Pets?
Next articleIndustrial Hemp A Half Billion Dollar U.S. Industry
Steven Gothrinet
Steven Gothrinet has been part of the Hemp Gazette in-house reporting team since 2015. Steven's broad interest in cannabis was initially fueled by the realisation of industrial hemp's versatility across multiple sectors. You can contact Steve here.
RELATED ARTICLES
News