HomeNewsCreso Pharma Carves It Up With Cannabidiol For Canines

Creso Pharma Carves It Up With Cannabidiol For Canines 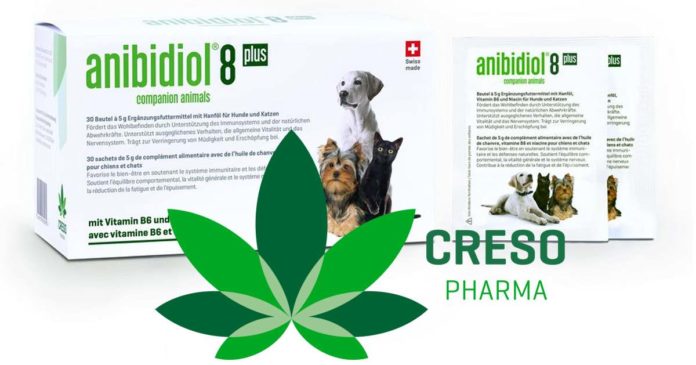 Creso Pharma Limited (ASX:CPH) announced yesterday it has sold more than 3 million doses of its cannabidiol based product designed for dogs.

The major milestone of three million sachets was achieved after just over 2 years since its anibidiol product was launched. The company says the volume sold is estimated to have benefited more than 100,000 dogs.

Anibidiol is a complementary feed for dogs (and cats) that contains hemp oil and hemp seed oil. It doesn’t contain THC, which can be harmful to dogs, but incorporates other cannabinoids such as cannabidiol. The company states the product supports behavior balance, overall vitality and contributes to the reduction of tiredness and fatigue.

“We are proud to see anibidiol® achieve this milestone, proving that pets and pet owners have an increasing appreciation of its benefits,” said Creso Pharma CEO and co-founder, Dr Miri Halperin Wernli. “This achievement is paving the way for launches into additional countries on other continents such as North and Latin America, where we observe a growing need for natural complementary feed to help mitigate stress and improve the wellbeing of pets.”

Creso Pharma also stated it had launched a new product in this line – “anibidiol Oil 500” – and is planning another two hemp-derived products for pets in 2020; kicking off their launch in Switzerland followed by other countries. Creso produces and promotes anibidiol in partnership with Virbac S.A. in more than 10 countries.

Cannabis preparations for pets have become increasingly popular, but given the lack of regulation and oversight in some countries, choosing a product can be a minefield.

A Cornell University veterinary researcher says many cannabidiol products for pets have “virtually no CBD in them“.

As in humans, the efficacy of cannabidiol for managing or treating various conditions can be a bit hit and miss. Scientific evidence supporting the use of CBD in pooches is still a little scant, but a number of studies are under way.

Creso Pharma isn’t the only ASX-listed company pursuing the pet market. Another is CannPal (ASX:CP1), which we have mentioned a few times here on HempGazette.

It’s important to consult a vet before giving pets cannabidiol or any cannabis-based supplement.

Previous articleAustralian Medicinal Cannabis Approval Statistics
Next articleFree Medical Cannabis For (Some) Patients In Sicily
Terry Lassitenaz
Terry Lassitenaz writes exclusively for Hemp Gazette and has done so since the site launched in 2015. He has a special interest in the political arena relating to medical cannabis, particularly in Australia, and addressing the many myths surrounding this incredibly useful plant. You can contact Terry here.
RELATED ARTICLES
News