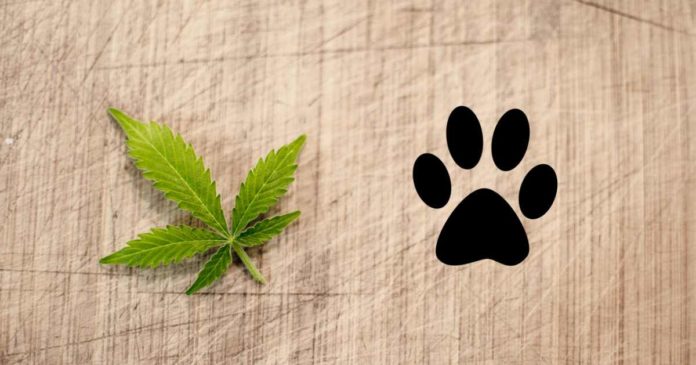 A report claims a cannabidiol (CBD) based product for pets sickened one dog and resulted in the death of another in the USA.

WRDW says a sales representative gave the dogs’ owner a complimentary bag of calming treats containing “5 milligrams of full spectrum hemp” in each treat. A treat was given to one dog, with the desired effect. Following the next night when treats were given to both dogs, the dogs became “dazed and violently ill”, with one subsequently being euthanised.

The owner mentions the dogs were stumbling and walking in circles. Those are symptoms also associated with THC poisoning – the psychoactive chemical compound that dogs are very sensitive to. However, no toxicology report was carried out and CBD overdose was specified as the cause of death.

There’s a lot of missing information here. CBD has been found to be generally well tolerated by dogs in appropriate doses and in this case the product was noted as “full spectrum hemp” rather than cannabidiol isolate, meaning that CBD wouldn’t have been the only cannabinoid present.

Hemp does contain very small amounts of THC (in some strains none) and as mentioned, THC can be dangerous to dogs if the dose is high enough. But as to how much was in these treats, if any, is not known. It’s also not known if there was potentially other substances that could have caused this, or solid confirmation the treats were responsible given the lack of a toxicology report.

While CBD may be generally considered “safe” for canines according to some research, before administering cannabidiol to a pet it would be very wise to first consult your vet. This is particularly important if your pet has health conditions requiring medication. It’s also good to keep in mind the adage “the dose makes the poison” as various substances can be benign or even beneficial in low quantities, and very toxic in high amounts.

On a related note, there has been an increase in the incidence of marijuana toxicosis in pets in jurisdictions where medical cannabis has been legalised. Hemp and marijuana are not the same – hemp has comparatively low levels of THC (under 0.3% dry weight in the USA), whereas in marijuana THC levels can be extremely high. Some forms of medical marijuana are “edibles”; foods that can be very tempting to pets and they need to be kept out of reach of not just children, but animals too. Plant material has also been reported as being consumed by pets, so the same applies.

Previous articleUSDA Approves More State Industrial Hemp Plans
Next articleHempcrete’s Fireproof Street Cred Gets A Boost
Gillian Jalimnson
Gillian Jalimnson is one of Hemp Gazette's staff writers and has been with us since we kicked off in 2015. Gillian sees massive potential for cannabis in areas of health, energy, building and personal care products and is intrigued by the potential for cannabidiol (CBD) as an alternative to conventional treatments. You can contact Gillian here.
RELATED ARTICLES
News