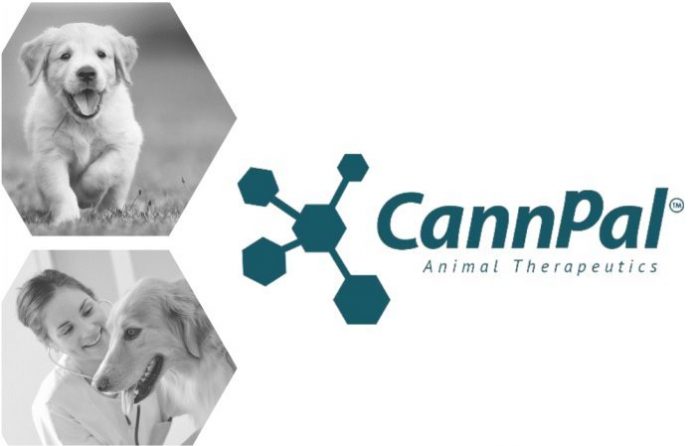 Australian company CannPal Animal Therapeutics Limited (ASX:CP1) has announced it has received the first import of its first medical cannabis oil formulation, and dosing of dogs is expected to begin this week.

The oils, which arrived at CannPal’s purpose-built research facility in Sydney, will be used in the clinical phase of research for the Company’s lead drug candidate, CPAT-01. Canada’s Aphria Inc. is providing the clinical trial material for CannPal’s studies.

11 dogs have been enrolled for phase 1 and 48 dogs for phase 2. Researchers will be assessing the pharmacokinetic and safety profiles for CannPal’s cannabinoid formulations and blood sample analysis is expected to be completed by next month.

CannPal hopes CPAT-01 will prove to be an effective alternative to Non-Steroidal Anti-Inflammatory (NSAID) drugs. According to the company, it’s estimated more than 60% of dogs between the ages of 7 and 11 years will experience arthritis and as in humans, some NSAID medications can have negative side effects such as nausea, appetite loss, depression and internal bleeding.

In other recent news from the company, CannPal announced last month it had engaged Dr Jeffrey Sherman to assist it in the development of its cannabis-derived medicines. Dr. Sherman has an animal health background and significant knowledge of the endocannabinoid system.

If CPAT-01 is a success, the potential market is huge, with an estimated 4.8 million dogs in Australia, 63 million dogs across Europe and 89.7 million in the USA, plus large populations in other countries throughout the world.

In addition to dogs, CannPal is also seeking to develop cannabis-based medicines for cats.

According to CannPal’s prospectus, the worldwide animal health sector was valued at US$23.9 billion as at 2015 – and the global companion animal sector comprises 41% of this.

* Dogs are particularly sensitive to cannabis products that contain the psychoactive cannabinoid THC (tetrahydrocannabinol) and it should not be administered without the supervision of an appropriately qualified person. While CBD appears to be well-tolerated, it also shouldn’t be administered without expert advice. Learn more about THC and CBD in pets.

Previous article
Sweeping Changes To New Jersey’s Medical Marijuana Program Announced
Next article
More Progress For Kansas Industrial Hemp Bill
Terry Lassitenaz
Terry Lassitenaz writes exclusively for Hemp Gazette and has done so since the site launched in 2015. He has a special interest in the political arena relating to medical cannabis, particularly in Australia, and addressing the many myths surrounding this incredibly useful plant. You can contact Terry here.
RELATED ARTICLES
News