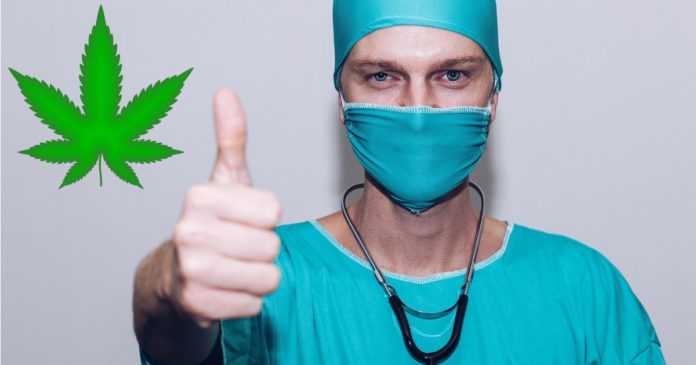 While medical marijuana has been legal in California for decades, it wasn’t permitted in hospitals. That’s now changed to some degree.

The law was named after Ryan Bartell, who passed away in 2018 after battling pancreatic cancer. Prior to his passing, when his family tried to introduce medical cannabis to his treatment plan to replace morphine and fentanyl  – which mainly put him to sleep – they were informed it was not permitted.

While the family was able to locate alternative accommodation for Mr. Bartell in his final weeks, precious time was lost and a great deal of stress caused to the family and patient..

“In the invaluable last days as Ryan fought stage 4 pancreatic cancer, I first-handedly experienced the positive impact medical cannabis had on my son’s well-being, as opposed to the harsh effects of opiates,” said Jim Bartell, Ryan Bartell’s father.

Senator Hueso and Jim Bartell then battled the situation.

“It is inconceivable to me that, in a state where medical cannabis was legalized more than 25 years ago, those in deepest suffering receiving treatment in our state’s healthcare facilities cannot access this proven, effective, and prescribed treatment,” said Sen. Hueso.

This new law doesn’t mean a free-for-all approach to medical cannabis in a hospital setting. Hospitals will be able to have reasonable restrictions in place in terms of use and storage. For example, smoking and vaping cannabis is expressly prohibited. The legislation also does not require the health facility to provide or dispense medicinal cannabis.

This isn’t the first time such a bill has hit the governor’s desk. Back in 2019, SB 305 received a tick from both houses, but Governor Newsom vetoed it, albeit grudgingly. This was due to a fear facilities could lose funding from the feds. However, it appears that is not an issue and therefore SB311 has made it over the line with Governor Newsom’s blessing.

Previous articleMississippi Medical Marijuana Mayhem Continues
Next articleNZ’s Rua Bioscience Good To Go For GMP
Terry Lassitenaz
Terry Lassitenaz writes exclusively for Hemp Gazette and has done so since the site launched in 2015. He has a special interest in the political arena relating to medical cannabis, particularly in Australia, and addressing the many myths surrounding this incredibly useful plant. You can contact Terry here.
RELATED ARTICLES
News