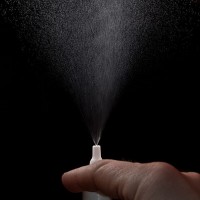 Another study has confirmed the effectiveness of a tetrahydrocannabinol-cannabidiol (THC : CBD) oromucosal spray on spasticity in multiple sclerosis (MS) patients.

Tetrahydrocannabinol is the intoxicating compound in cannabis and CBD is one of the many non-intoxicating cannabinoids.

Spasticity relates to muscle stiffness and various involuntary muscle spasms. It is a very common feature of MS, affecting 60-80% of patients. It can impair mobility and disrupt sleep patterns, severely impacting on quality of life.

Researchers from the Universities of Genova, Rome and the Rome Department of Neurology, San Paolo Hospital, Savona, Italy assessed 57 MS patients before and after treatment with the spray using the numeric rating scale (NRS) for spasticity, modified Ashworth scale (MAS) and the stretch reflex.

A significant reduction in  stretch reflex amplitude was observed after treatment, as were NRS and MAS scores.

The researchers noted stretch reflex responders were taking a significantly higher number of puffs, whereas no differences were found in the responders by the other scales. This suggests that a higher dosage could be beneficial if the patient can tolerate it.

” The present study confirms the efficacy of cannabinoids in reducing spasticity in patients with MS, suggesting a higher sensitivity and specificity of the stretch reflex compared with other measures,” say the study authors.

The study will appear in the journal International Clinical Psychopharmacology.

While the spray (not mentioned specifically in the summary, but likely Sativex) contains THC, it’s not at levels that appear to create issues relating significant sedation, addiction or abuse.

A previous study last year has noted the Sativex THC: CBD spray is not associated with any clinically-relevant occurrence of adverse events. In that study, a majority of patients were gaining sufficient anti-spasticity benefit from the THC: CBD spray after 12 months to make continued treatment worthwhile.

An estimated 23,000 Australians have MS and while not a cure, it’s becoming increasingly apparent that medical cannabis may be an important key to a better quality of life for MS patients.

In October last year, the Queensland government announced the state’s first medical marijuana program that will permit the use of Sativex.

Previous articleCannabidiol As An Anti-Depressant
Next articleWhite Paper: Medicinal Cannabis in Australia
Steven Gothrinet
Steven Gothrinet has been part of the Hemp Gazette in-house reporting team since 2015. Steven's broad interest in cannabis was initially fueled by the realisation of industrial hemp's versatility across multiple sectors. You can contact Steve here.
RELATED ARTICLES
News