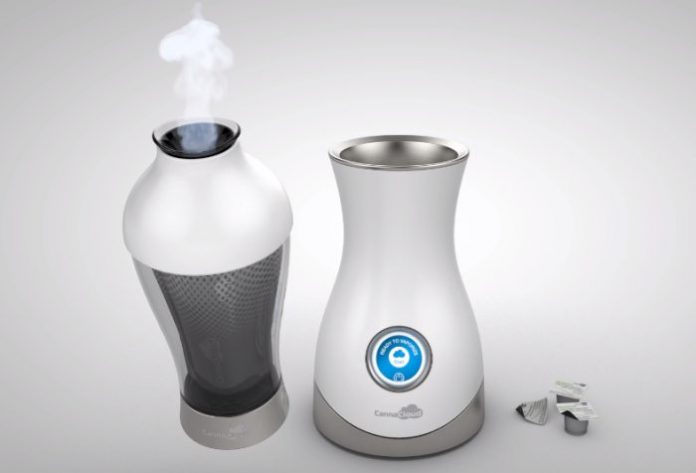 Cann Group Limited announced last week it had inked a licensing and distribution agreement with CannaKorp, Inc. to import and sell the Cannacloud vaporizing device and to produce medical cannabis pods used with it.

The Cannacloud vaporizer is an advanced vaping system controlled by a microprocessor that CannaKorp says optimizes temperature, speed, time and air pressure.

Single use pods (CannaCloud Pods) containing pre-ground, lab tested cannabis or other herbal blends are used with the device. The system also includes an automated processing and filling machine, the CannaMatic.

The Massachusetts-based firm raised a total of USD $5.7 million in 2016, which it claims made it one of the most well-funded startups in the cannabis industry. CannaKorp doesn’t grow or distribute cannabis, but rather partners with authorized growers and processors such as Cann Group.

In June, the company was awarded the first commerical permit for cultivation of medical cannabis in the Australian state of Victoria.

Given the pace and direction of the firm, it’s no surprise that Cann Group is moving into related medical devices.

“This agreement represents an important development for Cann. We look forward to working with CannaKorp to make this system available in Australia, which once approved will provide doctors with the ability to prescribe medicinal cannabis as an efficient, measured dose,” said Cann’s CEO, Peter Crock.

This isn’t the first time an Australian medical cannabis startup has partnered with a North American company for the purpose of bringing advanced cannabis vaping devices into the country..

In June, Australia’s LeafCann Group announced it would be introducing the Breeze Inhaler system to the Australian market, as well as carrying out associated clinical trials and pilot studies.

Vaporizers are thought to provide a safer and more effective delivery method for medical marijuana delivery compared to smoking it, as no combustion occurs.