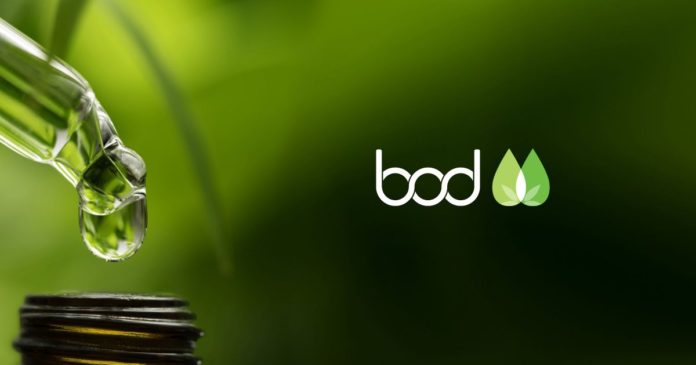 Will medical cannabis company Bod be the first to launch a low-dose CBD product available without prescription in Australia?

In theory, it has been legal to buy certain cannabidiol (CBD) medicines without a prescription in Australia as Schedule 3 (Pharmacist Only) products since February 2021. This came into effect after the Therapeutic Goods Administration (TGA) announced a final decision on down-scheduling low-dose CBD in late 2020.

But in practice, there still aren’t any products available as manufacturers need to jump through a bunch of regulatory hoops in order to get their products over the S3 line. It was hoped Schedule 3 CBD preparations would be available in Australia late last year or early this year, and that proved to be too optimistic.

It’s certainly not a case of lack of interest on the part of medical cannabis companies – a number striving to be the first. Among them is Bod Australia (ASX:BOD).

The plan is to make Bod Bio-Absorb 100 initially available in July via prescription through the TGA Special Access Scheme Category B – which is the channel most commonly used to access medicinal cannabis in Australia.

Following this and successful completion of Bod’s phase II clinical trial – plus other required regulatory approvals – Bio-Absorb 100 will be sold over-the-counter through pharmacists. No estimated timeframe was provided by Bod in which this may occur. However, there was an indicator of how far along the company is.

“We continue to make pleasing progress in our patient recruitment initiatives for our phase II clinical trial and look forward to providing additional updates to shareholders as these complete,” said BOD Australia CEO Jo Patterson.

The trial involves more than 200 participants being administered a 50mg and 100mg oral CBD product or placebo daily over an 8-week period. Given the CBD insomnia trial is still in the recruitment phase, it appears it could still be some time before Bod Bio-Absorb 100 may be available in Australia without a prescription.

Previous articleSwitzerland Making Medical Cannabis Access Easier
Next articleBig Change For Medical Cannabis In Virginia
Terry Lassitenaz
Terry Lassitenaz writes exclusively for Hemp Gazette and has done so since the site launched in 2015. He has a special interest in the political arena relating to medical cannabis, particularly in Australia, and addressing the many myths surrounding this incredibly useful plant. You can contact Terry here.
RELATED ARTICLES
News