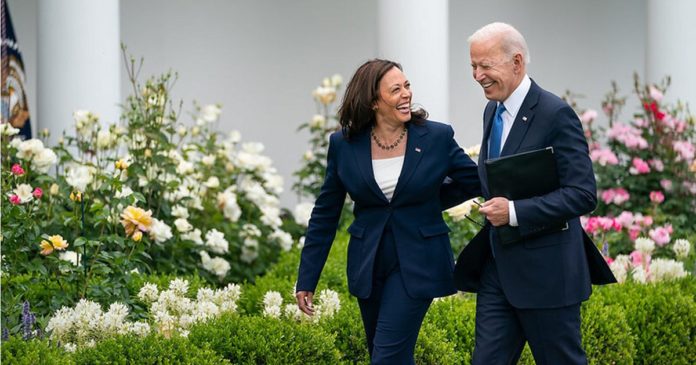 Jaws were on the floor across the USA late last week after President Joe Biden made a surprise announcement in relation to marijuana.

While the majority of US states have medical marijuana programs in place, things are trickier at a federal level. The 2018 Farm Bill made cannabis with a delta-9 THC content of under .03% (hemp) legal – but for anything above that, it is considered marijuana and therefore illegal according to federal law.

Currently, marijuana is listed as a Schedule I drug under the Controlled Substances Act, a classification reserved for what are considered the most problematic substances. That marijuana is in this category given its safety profile has always been a thorny point.

On Thursday, President Biden announced he was asking the Secretary of Health and Human Services and the Attorney General to kick off an administrative process to review how marijuana is scheduled under federal law.

“Too many lives have been upended because of our failed approach to marijuana,” said the President. “It’s time that we right these wrongs.”

He also announced a pardon of all prior Federal offenses of simple possession of marijuana. The number of those affected – and the impacts of their records – is significant. President Biden said he was also urging all state Governors to do the same in relation to state offenses.

According to NORML, nearly 29 million Americans have been arrested for marijuana-related violations since 1965.

Regardless of how things pan out from all this, President Biden says important limitations on trafficking, marketing, and under-age sales should stay in place.

“This is a step forward in correcting the historical injustices of failed drug policies.”

“Nearly half of voters now agree that legalizing marijuana ought to be a priority for Congress, and such action can only be taken by descheduling cannabis and repealing it from the US Controlled Substances Act — thereby regulating it in a manner similar to alcohol. “

Previous articleDriving And Medical Cannabis In NSW: A Push For Reform
Next articleUS Army Warns On Delta-8 THC
Steven Gothrinet
Steven Gothrinet has been part of the Hemp Gazette in-house reporting team since 2015. Steven's broad interest in cannabis was initially fueled by the realisation of industrial hemp's versatility across multiple sectors. You can contact Steve here.
RELATED ARTICLES
News